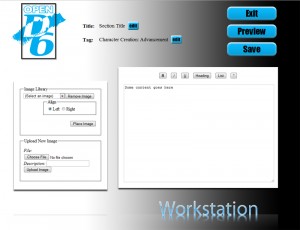 Is there still hope for Open D6?

Bill Coffin’s Septimus will be WEG’s first big release under the OpenD6 banner!

Some news on Open D6