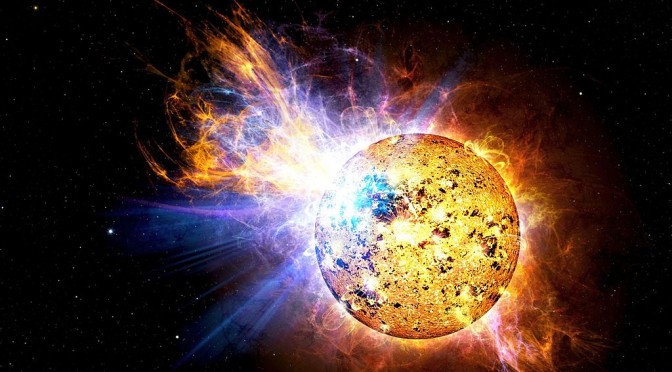 For years I’ve been almost exclusively been in the GM seat, but recently I’ve actually had the chance to play in other people’s games. And I have to admit, I really enjoy being able to play just one character.

I guess I’ve been talking about the SF game I planned to run for ages now. But alas my preparations never reached the point that it would be finally playable. Luckily one of my players offered to run Deathwatch again, so instead of struggling to get the new game ready, I could lay back and just enjoy the show. 🙂 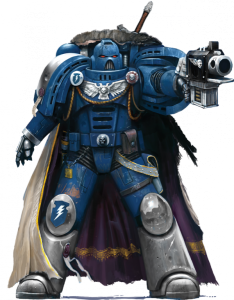 In Deathwatch I play Morgan, a Tactical Marine from the Storm Wardens, who recently joined the Deathwatch. My girlfriend takes the role of Skold, a Space Wolves Devastator Marine, who loves to put his Heavy Bolter to action. Last but not least we are accompanied by a Dark Angels Librarian called Xaphan, who is as mysterious as dangerous.

The three of us already freed a planet from a nasty Tyranid infestation, destroyed a Hive Ship almost on our own, and had some quarrels with a Tau army. This time we are sent to help with the reintegration of a lost colony into the Imperium of Man. On the way to this world we also stumbled upon the strange doings of a Tech Adept on board of a Rogue Trader ship. Not even travel to our mission objectives is ever boring and uneventful.

Deathwatch is definitely a bit more crunchy than the games I usually play, but it’s fun nevertheless. But I really hope that the coming adventure will be a bit more about investigations and diplomacy than just killing hordes of monsters. Don’t get me wrong, combat in Deathwatch is a lot of fun, but I want more out of my roleplaying games than just killing monsters and taking their stuff. And as Space Marines we don’t even loot. 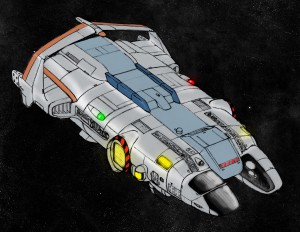 I also play in a bi-monthly online game. We started with a Realms of Cthulhu adventure, but since one of the players couldn’t join us the last two times, we switched to the Traveller campaign which has been in the planning phase for far too long already. In this game I play Arlen Coronaar, a Solomonai ex-scout who just recently was recruited as engineer for the Far Trader Penthesilea. Last Tuesday the first two player characters where finally introduced to each other, and as soon as possible we’ll start with the “real” campaign.  By the way, we actually use Basic Roleplaying instead of the actual Traveller rules. We even talked about using Savage Worlds. This might seem a bit weird for some Traveller fans but for my GM and me the most interesting aspect of the Traveller game has always been the setting and not the rules.

I have to admit not being in the GM position is a welcome change of pace. Don’t get me wrong, I very much enjoy being a GM, but it definitely puts more pressure on me than just being one of the players. And not having to run a game myself I have more free time to think about future campaigns. At the moment I am looking forward to converting my Fallout Fudged game to Fate Accelerated Edition. So don’t worry, I haven’t hung up the GM mantle yet. 😉 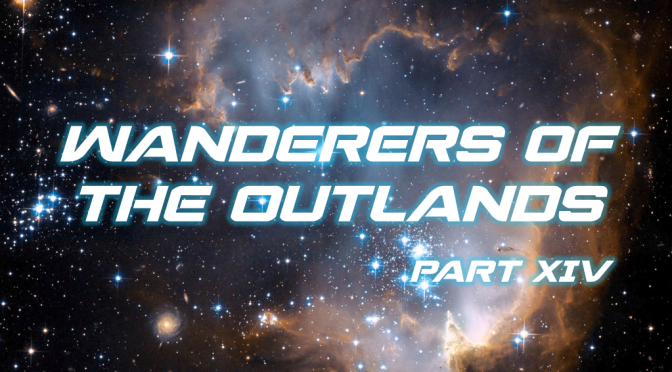 Another Friday, another post in the Sci-Fi Fridays! series, I’m currently sharing the background I’ve written for my Savage Worlds sci-fi campaign. You’ve all been seeing a lot of these materials before my players (well I know some of them read the blog, but not all…), but this week I finally compiled all this material and made copies for my players. The hardcopy version came in at a whopping 245 pages. My friend Daniel Perez, aka Highmoon, suggested I should compile it and publish it. I asked a couple of weeks ago, but I’ll do it one more time, would you be interested in seeing all this material formatted and compiled in a PDF? If there is interest I may just do it.

Now on to part 2 of the fiction piece that serves as a direct introduction to where the first session will begin. END_OF_DOCUMENT_TOKEN_TO_BE_REPLACED 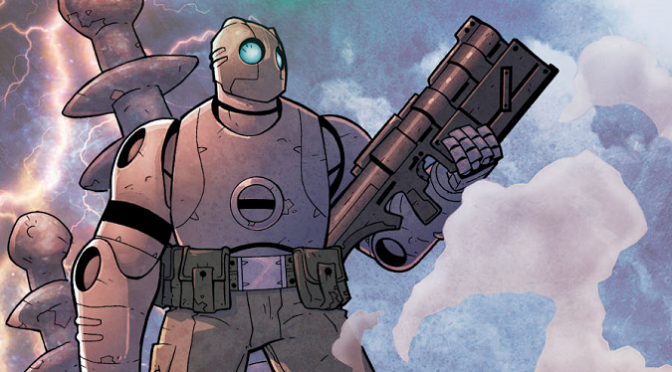 There’s currently one roleplaying game I am extremely excited about and that’s the Atomic Robo Roleplaying Game by Evil Hat Productions. I guess I’ve mentioned this a couple of times before, but I thought it wouldn’t hurt to write about it one more time.

Atomic Robo is actually based on the awesome comic books by Brian Clevinger, Scott Wegener, and Lee Black. I actually started reading the comics after I heard about the RPG. I wanted to know what all the fuss was about and totally fell in love. The comic has a pretty cool art style, the writing is witty, and the stories are just perfect for science geeks like me. If you want to learn more about Atomic Robo, you should check out the free comics available here.

For the last months things have become eerily silent and a some people already feared the Atomic Robo RPG might be vapor ware. Luckily this is not the case and Fred Hicks recently even shared one page from the finished book over Twitter with the stats for Carl Sagan and Stephen Hawing! Yes, you read that correctly. This game features two of the most prominent wizards of science.

These two pages also give us a couple of hints about the rules. Obviously Atomic Robo will use a variant of Fate Core, which is a perfect fit for the setting. I remember that Fred Hicks mentioned somewhere that while the game rules will have the full depth of Core, it will be as easy to pick up and play as Fate Accelerated. And from what I can deduce from the stat blocks of Sagan and Hawking, this might actually be the case. In addition to that I have absolutely no reason not to trust Evil Hat. If anyone can pull off an awesome game based on a licensed setting it’s them.

Alas the game has not released yet, but according to Hicks its already in layout and should be out soon. I am very excited and will probably pick it up ASAP. A friend recently asked me if I could run Fate for him. Atomic Robo looks like it could be the perfect game for a Fate newbie. Hopefully it’s also suited for Fate GM newbies like me. 😉