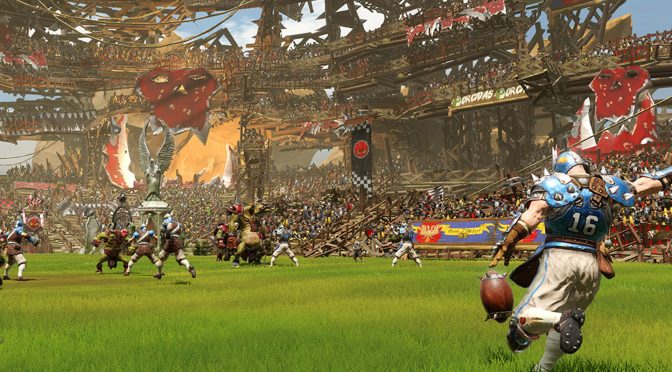 I have spent nearly all of January reading the ZWEIHÄNDER core book. It is nearly 700 dense pages and I am still only on page 350 or so. The current chapter I am reading is over 110 pages and that is a single chapter!

I will be doing a review of ZWEIHÄNDER at some point but I cannot review something I have neither read no played.

In the meantime I have also picked up some ZWEIHÄNDER supplements. These are an awful lot more digestible as seeing as ZWEIHÄNDER is as popular as it is I thought I would do a quick round up of the ones I have read.

I am going to take a bit of a ‘top down’ approach. I am starting with Carrion Crows which is a campaign seed. As ZWEIHÄNDER has no official setting Carrion Crows creates that setting and provides some entry points.

Undead Cometh is an adventure for ZWEIHÄNDER but with a really unusual methodology, well it is new on me at any rate.

Finally, I will look at Ballers which is a themed collection of professions, talents and rules for the game of Blitzball in the world of ZWEIHÄNDER. Carrion Crows is a campaign seed. I am going to show my naivety here and admit that I didn’t know what a campaign seed was, by name, until I saw this. For those uninformed people like me it is a combination of micro setting and adventure hooks rolled into a coherent whole. I was once told that Jeep was a military acronym for Just Enough Essential Parts, which is probably not true as it sounds more like a backronym if anything. Well Carrion Crows is a  ZWEIHÄNDER jeep. To make sense of the booklet Carrion Crows are the myriad of humanity that pick over battlefields looking to scavenge what can be found. The world of Carrion Crows has heroic knights doing great deeds and then moving on to the next world saving battle but the PCs are not those knights. The PCs in Carrion Crows are those grim faced ones who have to pick up the pieces afterwards and do those smaller quests that may on have meaning to a family or a village but are nevertheless just as important.

The world is resented for the most part through the testimony of those that live in the world, in their own words so to speak. Once the tone is set then the major factions are explained. The links into the ZWEIHÄNDER rules come with rules for The Contagion which is a corrupting central theme of the setting and by tying recommended professions into these factions vying for influence.

ZWEIHÄNDER claims to setting neutral which is really not true, they just have not bundled everything up into a product called Setting. The core book has a world influencing magic system that does not exist in a vacuum, it has gods and religions, it has opinions on how common magic is in society and magical schools and guilds and unsanctioned magic users. All of that is setting. All it is really missing is name, a map and a timeline.

Carrion Crows does not break anything in the implied setting build into ZWEIHÄNDER but it does add another layer of coherency and details a 40 year period building up to the start of the campaign.

All in all it is written with a good dash of black humour and at 20 pages it is easy to absorb. It is not massive but I think that is a plus as often the info dump on new players in a new setting is so massive that most of it is lost anyway. The Undead Cometh is an unusual adventure design.

There are definitely two halves to this supplement and I want to deal with the dice side first to get it out of the way. Then the second part with be easier to explain.

The Undead Cometh uses a mechanic called Meta Dice or Md. Md are a pool of, initially d10s. The pool is built up using facts from your actual game, the more PCs there are more dice, the larger the settlement they are in the more dice, the better the quality of the settlement the more dice. So loads of PCs in a fantastic city equals loads of dice. When a d10 rolls a 10 you take it out of the pool and replace it with a d6. When a d6 rolls a 6 you take out of the pool and discard it. In this way the Md pool with errode aware to nothing over a period of time.

The sum of the Md pool is then used as points to buy resources. If you want a combat encounter then each creature has a point value and you can spend the meta points on buying the creatures. If you want loot then you can spend the points on nice things. If the PCs keep going out and killing things then as the Md pool erodes there will be less and less things to kill. If they keep looting then eventually they will have looted everything.

The point of all this is that the entire adventure is going to scale up and down to any size party and any location.

So that is the dice side dealt with.

The Undead Cometh is a bit like a zombie apocalypse world. The characters get lost and wander into settlement that appears at first to be deserted. A couple of d6s decide the size and condition of the place. It then soon become apparent that they are not alone, probably right after the first undead attack, I would guess.

Each settlement visited contains many weak undead but only one Defiler. Defilers are special as not only are they intelligent but they can create minor undead.

Because of the Md erosion mechanic it is entirely possible for a party of PCs to rid the town of the undead and the Defiler at the heart of it.

This entire adventure takes place in an unnatural fog that has settled over the region. This means that you do not really need endless town and city maps as the characters world extends to only a dozen feet in any direction for most of the time and less at night.

Once each town is cleared the next place they encounter is yet another random village/town/city in a groundhog day nightmare until such time as you choose to release them.

I absolutely love this Meta Dice mechanic but my only concern is that it will very quickly become obvious that this is a randomise adventure.

This is a shameless plug but one of the things I sell on DTRPG is random dice tables. I think they are awesome anyway for making random events seem scripted. In this instance I think that marrying up my random ZWEIHÄNDER dice tables, they have both d10 and d6 rolls amongst the other most common rolls on every page, with an adventure like this is a perfect match.

My only reservation with this supplement is that at 10 pages of which three are cover, credits and notices and there are two pages of blank record sheets you are actually getting just 5 pages of content for $4.99. I have seen more substantial adventures for less money. What it is worth to you is a personal decision. The Meta Dice mechanic alone does it for me. In the first edition of the ZWEIHÄNDER fanzine Sllsword there was mention of the game of Bloodblitz Football or Blitzball. This is due to come back in Main Gauche.

What Mariusz Malinowski has done with Ballers is take that game and create all the rules, the professions and talents and even character advancement needed to add the game to you campaign. You take these rules and weave them into you setting, adding teams to your main cities and building up rivalries that match the political tensions of your world.

The rules themselves were inspired by the Fantasy Gridiron Football (FGF) board game adaptation by Jervis Johnson published by Games Workshop.

I will confess that I know nothing of FGF and nothing about the gridiron football so that side I cannot comment on but what I can say is that of the supplements I have seen so far Mariusz has set the highest standard. This is a dense set of rules but the production quality if spot on. If I had to niggle then I would say that the front cover is the weakest element. Turn the page and you are in for a very professional looking supplement packed with everything that you need to add this layer to your game and world.

2 thoughts on “ZWEIHÄNDER supplement round up”