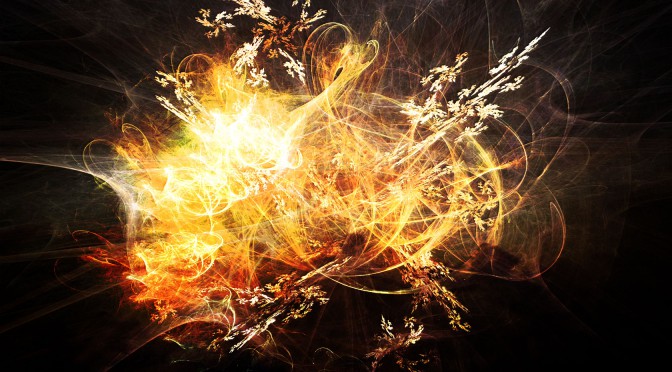 Over the years I’ve posted a lot of GM advice here on the blog. I’ve also shared tips on how to be a better player. Unfortunately I sometimes get the impression that I am having a hard time following my own advice. Don’t get me wrong, I still think I am a reasonably good player, and when I am in the right mood, I am an accomplished game master. But more often than not, especially when I am running games, things quickly fall apart.

So why am I talking about this here? I want you to learn from my mistakes, and it also helps me putting my thoughts onto paper (or rather into a blog post). So let’s start at the beginning.

Even as a kid I was never really confident. I always questioned myself. I felt I wasn’t good enough. I was shy and for the most time I was an outsider at school. But even though I always had strong introverted tendencies, I also had things I wanted to say. The urge to express myself has always been quite strong, and in roleplaying games I found an outlet which worked great for me. As a player I could leave the doubts and confidence issues behind, and imagine – for at least a few hours – that I am someone else.

Sooner than later I wanted to run games myself. There were certain games I’d love to play, but no one in my circle of friends wanted to run them, so I eventually decided to become a GM. But the GM role is vastly different from being a player. Most of the time, players expect you to entertain them. Yes, I know that roleplaying is actually a group effort, but most players are happy to lean back and enjoy the show, while the GM does the heavy hauling.

As a GM I wasn’t that bad. I often sucked at learning rules, because I was more interested in cool stories than mechanics, but I quickly realized that I was quite good at improvising and making NPCs memorable. For quite some time I ran Shadowrun (mostly 1st and 2nd edition), later I switched to D&D 3.0/3.5 which we played for years. In the meantime I ran several other games which mixed success. But overall things were fine. At least during my university years.

Over the years it became increasingly harder to find people interested in playing. Friends who I have played with for years moved away, and while I made new friends, the number of prospective players dwindled. For a couple of years my financial situation was pretty bad, and stress at work was unbearable. Eventually I got a new job and things improved for a while, but then we had a change in leadership, and things went downhill again. It’s probably no surprise I struggled with mental health issues for years. Heck, I still do.

As you can imagine having anxiety and depression is not really helping when trying to be a GM. Roleplaying was one of the things that helped me to stay sane, but over the years, my anxiety attached itself to the GM-side of things. This led to a very strange situation. I still wanted to run games, and my head was full of ideas, but I also had (and still have) extreme doubts about my ability to pull it off. It would have made sense to put some effort into preparations in order to feel more confident, but for some reason I also dreaded doing any prep work. Usually I also kept rescheduling games since I didn’t feel confident enough to run something, or I just hadn’t done any preparations.

My players were very supportive at first, but slowly but surely they got annoyed. Or at least it looked like that to me. So I decided to make it up to them, promising them the next game would actually be better and not be cancelled after just a few sessions. If a player wanted to use a class, race, etc. I was unfamiliar with, I just let them, because I didn’t want to impose restrictions on them because of my short-comings. Of course I did all that while the core issue hadn’t been resolved yet.

Time and time again I set myself up for failure. Instead of taking things slow, I set myself up for failure – every single time. I took on more than I could chew, made promises I could not keep. To get out of what felt to me like a vicious circle, I took a DMing break. Oh boy, this felt great at first. It felt like a burden has been lifted. But if you have been following my blog, you know that this didn’t keep me from taking breaks from my break and stumbling again a few times.

So, is there a lesson in there somewhere? I hope so. The one thing you definitely should not do is bite off more than you can chew. If you’re fighting depression and anxiety, GMing may sometimes be a bit too much. In my case setting myself up for failure again and again was probably caused by my depression. My subconscious wanted to show me how much I suck. And the best way to do this is to destroy one of the things I love most. I know that I am a good GM, and I know I will be able to run great games again, but I also have to make sure, that I don’t fall into the same traps again.

Taking a break was probably a good decision. But if you are an avid GM, you eventually get the itch to run games again. If you feel that itch, feel free to scratch, BUT take things slow.

As you can imagine I am pretty bad at following my own advice. So do as I say, and please don’t do as I do! So, what about you, my dear reader? Have you struggled with similar issues? Do you have some further advice which might help DMs in the same situation? Please share your thoughts in the comments below!