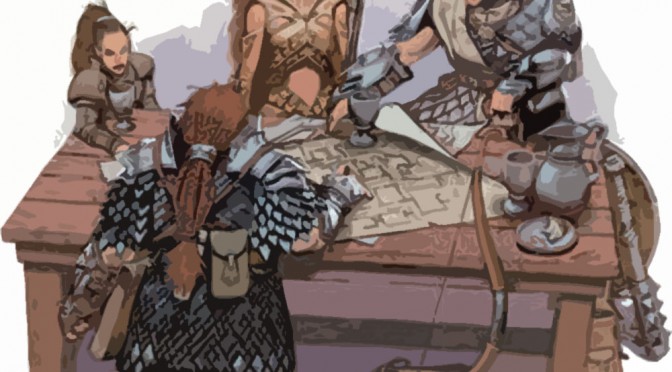 As I mentioned in an earlier post, I am currently taking a break from GMing. I hung my GM’s mantle on the hanger and for the next few weeks at least I’ll just lean back and be a player for a while. But of course I am already making plans for the time after my hiatus. So what are the plans for my glorious return?

If you have read my reviews of Coriolis and Mutant: Year Zero you might have noticed that I fell in love with Fria Ligan’s games. They are all very well written, gorgeous to look at, and I am pretty excited about running and/or playing them. I am currently playing in a Mutant: Year Zero group, so I doubt I’ll run this game after my hiatus, but Coriolis and Tales From The Loop (expect a review soon) are very high on my list.

A game I want to revisit in the future is Monte Cook’s Numenera. I ran a very successful Numenera campaign in the past, and recently I have considered of returning to it. I love the Cypher System, because it works great with my improvisational GMing style. I also love the fantastic Ninth World setting because it’s a great canvas for all my twisted ideas. I’ve already hinted the prospect at my players and it seems they would love to dust off their old characters and board their fantastic airship again.

Even though Fantasy Flight Games hasn’t revealed the release date yet, I assume their upcoming Genesys RPG should be just around the corner. GenCon would be a great opportunity for a release but I reckon it should be out before Christmas this year. If it arrives in time, I might actually use this to run a game in one of the many homebrew settings I came up with over the years. I already know the mechanics well enough from playing their Star Wars RPG, so this should be easily done.

Last but not least I want to give D&D 5th Edition another chance. It’s definitively my favorite D&D edition, but when it came out I was a bit burned out on standard fantasy fare, so I didn’t put it to much use. But at the moment I wouldn’t mind chasing my players through the Forgotten Realms for a while. There’s also some Eberron material available for D&D 5E available online which may help me to run a short campaign in my favorite D&D setting. Regardless of what I pick, I will surely run some D&D in the future again.

Of course there are countless other RPGs I am currently reading, leafing through, or thinking about. I doubt my GM attention deficit disorder will never be cured completely. There’s always a shiny new game just around the corner. But the games I mentioned before are those which are most likely to be run by me in the foreseeable future.

But before that, I’ll enjoy having less responsibility for a while. 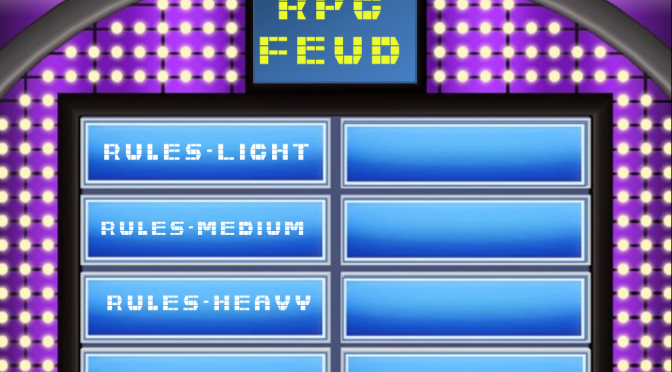 Twenty days ago I was having a conversation with friends over game complexity. The specifics of the conversation are unimportant, but the arguments were mainly whether people prefer a robust complex system with lots of options despite the complexity, or whether people would rather have a simpler system, even if that means fewer choices in mechanics, but that is easier to pick up and play. I had a feeling that while complex systems have their hardcore fans and familiarity lowers the difficulty to pick up newer versions of games even if they increase in complexity, when given the choice people choose simple over complex. So to get a feeling about the opinions of other role-players out there, I created a survey online and shared it on Facebook and Twitter to find out! END_OF_DOCUMENT_TOKEN_TO_BE_REPLACED

I haven’t talked about this with my players… I keep a document with all my campaign ideas, suffice it to say it is pretty long and varied. I’ve never stopped running fantasy games, that’s  my bread and butter, but in recent years I’ve run both a long running superhero and sci-fi campaign, a zombie themed mini-campaign, a d20 Modern short campaign, and a Star Wars alternate timeline campaign nine years ago, a pretty varied bunch of campaign. I’m itching to try my hand at a campaign set in a modern time with some weirdness thrown in. I have various options I’m considering… END_OF_DOCUMENT_TOKEN_TO_BE_REPLACED