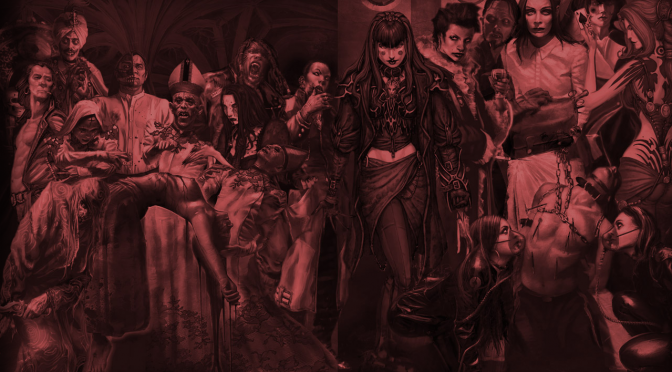 After talking to several of my players and thinking it through for a while, I came to the conclusion that I should run a short Vampire: 20th Anniversary Edition chronicle in the future. So why Vampire and not one of the other major World of Darkness games?

Vampire is – in my humble opinion – the easiest game to get into. Even though the game’s vampires are not like the ones you know from books and movies they are close enough that they don’t feel totally unfamiliar. Werewolf and Mage feature a way more complex cosmology and Mage’s magick system is powerful, but not exactly easy to grok. So Vampire it is.

Back in the day, when I first played Vampire, our chronicle was set into 1990s Chicago. I still have fond memories of this chronicle especially of the first dozen sessions or so, and I think Chicage could be an exciting city to play in. I also considered Los Angeles as presented in Troika Games’ Bloodlines computer roleplaying game, but eventually decided against it, mainly because at least one of my players is familiar with the setting.

Unfortunately Chicago has a pretty large Vampire population which is also involved in some heavy politicking. This could easily be too overwhelming for players entirely new to the game, so I decided to look into Gary, Chicago’s neighbour and rival. The city of Gary was given a pretty solid treatment in older editions of Vampire and is a good introduction to the greater Chicago area. Its Vampire population is not as large and the rivalry with Chicago’s Prince Lodin offers a lot of opportunity for the players. Do they ally with Gary’s Prince Mordius, or rather with Lodin? Do they try to stop the downfall of the once rich town or do they even speed up its demise?

Depending on the players interest it’s pretty easy to later move the focus to Chicago or to stay in Gary and introduce Kindred from Chicago if needed. What I like about Vampire is that you can treat a city like a sandbox. You don’t need GM-designed plots but the player characters should have their own agendas – and the NPCs react (or act) accordingly. Exciting times are ahead! 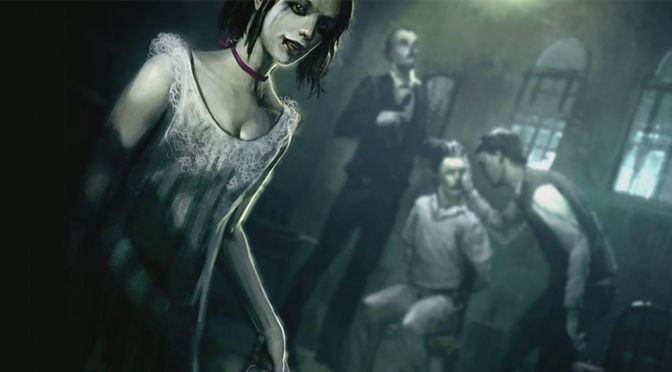 Even though I am still running Star Trek using Where No Man Has Gone Before at the moment, I am already making plans for what to run after that. A while back I decided that running short campaigns is probably best for me. I still have quite a few Star Trek stories in me, but after that I want something completely different.

A couple of days ago, I had a chat about “Mage: 20th Anniversary” on IRC. Back in the day it was my favorite World of Darkness game, but alas I only played it once or twice. What I really like about Mage is its excellent Magick system. It’s not spell-based like in most games, but in Mage your creativity is basically the only limit of what you can do. Of course there’s also the problem that you can’t throw fireballs around or fly without reality kicking your ass. In the World of Darkness reality can be bent by mages, but if you are not subtle enough, you get into trouble. Sounds like fun, doesn’t it?

Of course there are also Vampire and Werewolf, the two other WoD games I have fond memories of. While Mage is my favorite, these two games have also a lot of appeal. The politicking of the undead in Vampire and the tribal culture of the shapechangers in Werewolf have a certain charm as well. Even though I had my share of issues with certain types of WoD players, I still love the setting and the somewhat quirky rules.

Even though the New World of Darkness has a lot going for it, I prefer the old WoD, the one which I started playing with back in the late 1990s. When I leaf through on of the 20th Anniversary books I immediately feel at home. I understand the special lingo, I recognize the names of clans, traditions, people, et cetera. This never happens when I read one of the nWoD books. For some reason it’s hard for me to grok the setting. That’s why I decided to run a game set into the old World of Darkness in the future.

As far as I know the majority of my players haven’t played any WoD games before and are at least open to the idea. Over the next weeks I will try to introduce the games and the setting to them, so that we can come to a decision what game they are most interested in. A mixed campaign including Vampire, Werewolf, and Mage characters is pretty much impossible, so we have to decide on what they want to play first. After that I can take some time to prepare a campaign. With Star Trek it’s very easy for me to come up with new “episodes” between sessions, but for the WoD I need some more preparation.

I really hope that my players will be as excited as I am. The WoD can be an awesome place to play in if you have players who are interested in more than just killing people and taking their stuff. Although there’s nothing wrong with getting one’s fangs dirty from time to time. 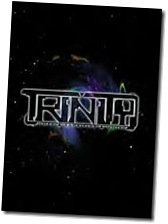