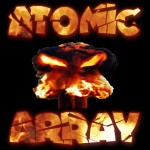 Following into the footsteps of Dice Monkey I added an Odiogo “Listen Button” to my blog’s sidebar. Odiogo is a service that provides an audio version of your regular feed. The text-to-speech technology used is quite decent, so it turns your RSS feed almost into a podcast. You can also subscribe to this podcast using iTunes, so your readers can listen to your posts while communiting to work for example.
The WordPress plugin that is used by Odiogo also adds a “listen now” button to each post, which allows your users to listen to your posts while reading the site.

For more details on how to set up Odiogo for your blog, check out Odiogo.com.

Recently I stumbled upon the Game Geek video podcasts by Kurt Wiegel. In each episode Kurt reviews another roleplaying game or supplement. Until know there are over 80 episodes, so if you are thinking about getting a new roleplaying game, there’s a good chance that there’s already a video review about it (or not, if it’s a really obscure game).
Here’s the review of one of my favorite games: