Today Kyle Ferrin created a cool new avatar for me. All he needed was a photo of me and $25 that I payed via PayPal. And he did an awesome job. Especially the starry background is just great. If you are interested in his work, you should definitely check out his webcomic “…an eXtra Precious experience…”! 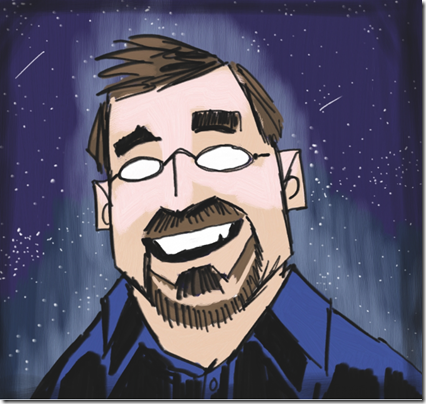 If you want to commission something from him, feel free to contact him via d20plusmodifier (at) gmail.com!

What about the GameMastery Plot Twist Cards? A review… (And slight ramble!)