While I was sitting in my office, drinking coffee and waiting for inspiration, I played around with Wordle. Wordle is a free service that creates word clouds out of RSS feeds, texts or del.icio.us tags. The following image is a word cloud I created from my blog’s RSS feed. Enjoy! 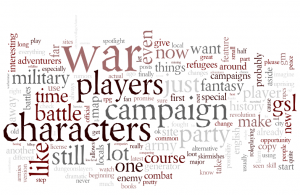