Some people have told me that my blog produces error messages in Internet Explorer and sometimes they can not even access the site. This is probably related to one of the plugins I use since the error appears directly after the first few sidebar widgets are rendered. I am currently trying to find out what causes the problem and I would appreciate any help in that endeavour. If you have had the same problem with a WordPress blog before, please let me know.

In the meantime, if you use IE, why not check out one of those other browsers like Firefox, Opera, Safari or Chrome? They are all free, more secure and faster than Internet Explorer and they are much more standard compliant. I currently use Google’s Chrome browser. 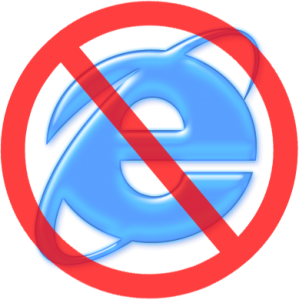