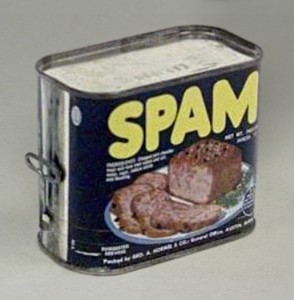 I am currently trying to fend of an unending onslaught of spam comments on this blog. When I woke up this morning there were 17 new comments to be approved and they were all spam. And over the last few hours I had to delete a few more spam comments. Since comments are vital to any blog (at least in my humble opinion), I will not restrict anyone from posting his thoughts, BUT there is always the possibility that I delete someone’s post by mistake. If you notice something like that, please let me know via the contact form on the About page.

By the way, what do my fellow bloggers do to ward off spam? And have you too noticed an increase in spam comments too?

UPDATE: I added “Simple Trackback Validation” and “Peter’s Anti-Spam” to the blog and deactivated Akismet again. Thanks to ChattyDM for the recommendations.