As you probably remember, the One-Page Dungeon Contest hosted by fellow RPG bloggers ChattyDM and Chgowiz in on. Some people have already started sending in their dungeons, others (like me) are still working on their entries. A major hurdle is creating a proper map especially when you don’t have any drawing skills. 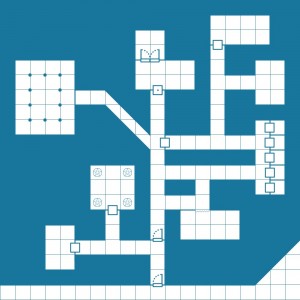 The above map is from a tutorial I found at the Cartographer’s Guild forum. The step-by-step tutorial allowed me to create a nifty map for my one-page dungeon project and I am sure it will help you, too. Please note that you have to register at the forums to view the attached images.

Please note that the One-page Dungeon Contest closes on May 14th 2009 at midnight.

I am throwing my hat into the ring!