Ok, this post is not really RPG related but it might be interesting to all you bloggers, forum users and in fact everyone who needs a digital representation of him- or herself aka an avatar. 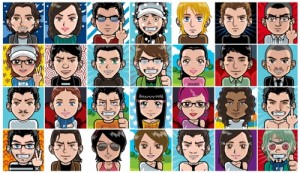 Although I am quite happy with my current avatar, I am always looking for free avatar creators all over the net. Some time ago I stumbled upon a couple of avatars that I liked but I couldn’t find out which service was used to create them. Then I finally found the site I have been looking for: FaceYourManga.com!

So, what is your favorite avatar creation service? Or do you prefer “handcrafted” avatars? Please share your thoughts.