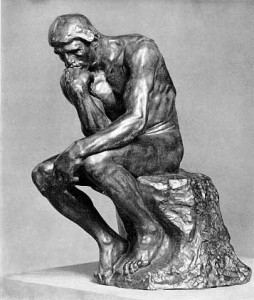 The last few days I spent some quality time with my girlfriend, played a couple of computer games I had been lying around for a long time and watched a couple of movies. Having a few days off with no care in the world are sometimes necessary and I was glad that the long weekend allowed me to wind down…

Thoughts on Asecia
But as my girlfriend and I are avid roleplayers we couldn’t avoid talking about roleplaying and my blog completely and the day before yesterday we discussed my campaign setting Asecia and what could be done to give it a proper “reboot”. You probably remember Asecia from my Dungeoncraft articles. I never quite finished my work on the campaign and although I like a lot about the world I am not happy on how it turned out in the end. Some parts of the setting still feel a bit “off” and I believe a major overhaul is what is necessary.

The main problem with the setting is that the technology/steampunk aspect of the world feels tacked on and not like an integral part of the world. On the weekend we were throwing around a couple of ideas how this could be fixed. My favorite idea so far is that both magic and technology are remnants of a fallen civilization whose ruins can be found all over Asecia. This civilization was destroyed when the Three Sisters (Chaos) and the Great Architect (Order) fought for supremacy. In the end it was St. Michael who ended the fight and restored peace and balance to the world. Probably I will also merge the campaign setting I created for my Dungeonslayers campaign with Asecia. I don’t think it makes much sense to create two steampunk/magipunk settings at the same time.

Per Aspera Ad Astra
That brings me to “Ad Astra”. Alas I have no idea how many people already downloaded the primer PDF  but the feedback I’ve got so far was positive. I am currently working on an updated version of the primer that will contain some rendered artwork from our fellow blogger Greywulf (thanks again!) and probably stats and rules for space ships and vehicles for the PDQ system. Alas we had to call off our last two sessions, so I wasn’t able to playtest those rules yet, but when everything works out as planned, we will be able to put rules and setting to the test this weekend. One thing I will probably change are the Esper qualities. A single quality for all esper abilities are probably a bit too unbalanced. As soon as I have settled for a better system, I will post about it, promised!

Ok, that’s it for now. Tomorrow I will probably return to my normal posting schedule, so pleasy stay tuned! And if you want to share your thoughts on my musings, feel free to post in the comments section!