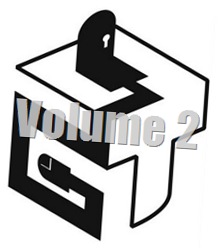 Wahoo! This is great news! Jonathan Jacobs has decided that he wants to go forward with OGT Vol. 2 for Summer 2010. This time, the OGT will be released simultaneously as an ebook and retail print version via Studio2Publishing.

I would be more than honored  if anyone would nominate some of my posts. Since the nomination phase for OGT Vol. 1 I have written quite a few popular posts, and it would be great if another of my posts found their way into the second volume as well. Thanks in advance! And if this isn’t a good time to dig the archives of you favorite RPG blogs, I don’t know what is. 😉

On a related note, Jonathan has decided to start blogging again, so head over to his blog “The Core Mechanic” and check out his latest posts!