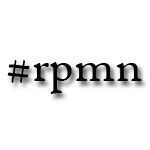 Some time ago, a couple of members of the Roleplay Media Network got fed up with the network’s chat feature. The chat provided by Ning tends to hang regularly, swallows whole messages and lacks features. In the end, Andrew Modro decided to set up an inofficial RPMN IRC channel on Sorcery.net.

In this channel you can chat with other dedicated roleplaying game fans about the hobby, but also about other topics. Basically you can talk about everything, aside from two topics: religion and politics. Both topics usually lead to severe flame wars, so Andrew decided these topics should be banned from the channel. And I definitely second that.

If you already know how to use IRC, just start your favorite IRC client, connect to irc.sorcery.net and join the channel #rpmn.

Instead of installing an IRC client, you can also use a Java applet provided by Sorcery.net. Just point your browser to http://www.sorcery.net and click “Chat Now” in the bar at the top of the page. After the page has loaded, enter your chosen nickname and the channel name #rpmn in the respective boxes.

If you have some trouble figuring something out, feel free to ask for help. Andrew has written a great post about the channel on RPMN, that you definitely should check out! Currently Andrew (nickname: Corvus) and I (nickname: Stargazer) are operators in the #rpmn channel. Usually at least one of us is around and can help you with any questions.