A couple of days ago my girlfriend and I have started a new blog focused on cooperative PC and console games. If you are interested in these kind of games, why not check it out? We already have a couple of posts and we plan to have about one post per week. 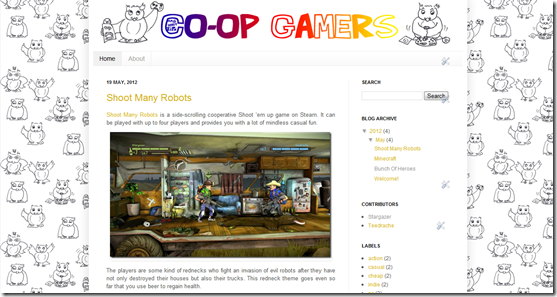 By the way, the adorable owls are Verena’s creation. Check out Co-Op Gamers here!