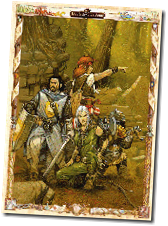 Some thoughts on Rogue Space