Stuart Robertson, the author of the excellent Weird West RPG is currently raising money on IndieGoGo in order to get started with their first set of 28 mm Weird West Miniatures. The end of the fundraiser is just 10 days ago and they still need about $1500 to meet their goal.

A few days ago, he posted a photo of the first finished miniature (see below) and it’s looking great! For a contribution of just $15 one of the miniatures will be yours in addition to a printed copy of Stuart’s RPG. For mere $5 you can support the project and still get a printed copy of Weird West. 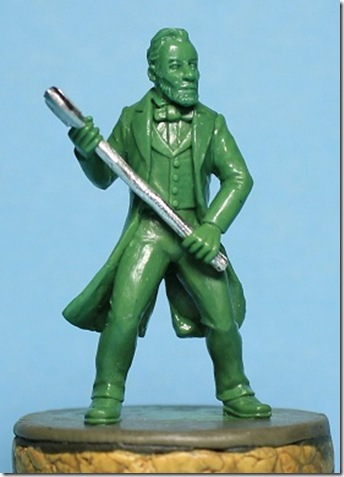 To learn more about the project check out the official IndieGoGo project page!