While reading up on the Ancients on various Traveller forums and wikis I discovered that Mongoose Publishing is giving away the whole “Secrets of the Ancients” campaign for free. 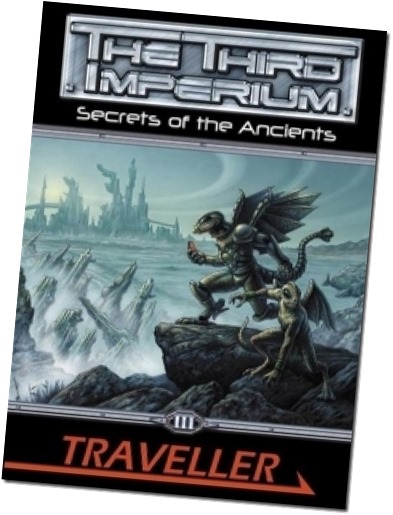 The 202-paged PDF contains an epic campaign that reveals one of the major secrets at the heart of the Third Imperium setting. If you are planning to run a game set into the OTU, you definitely should get a copy of this from the official Mongoose Publishing store. The download is free, you just need to be registered.