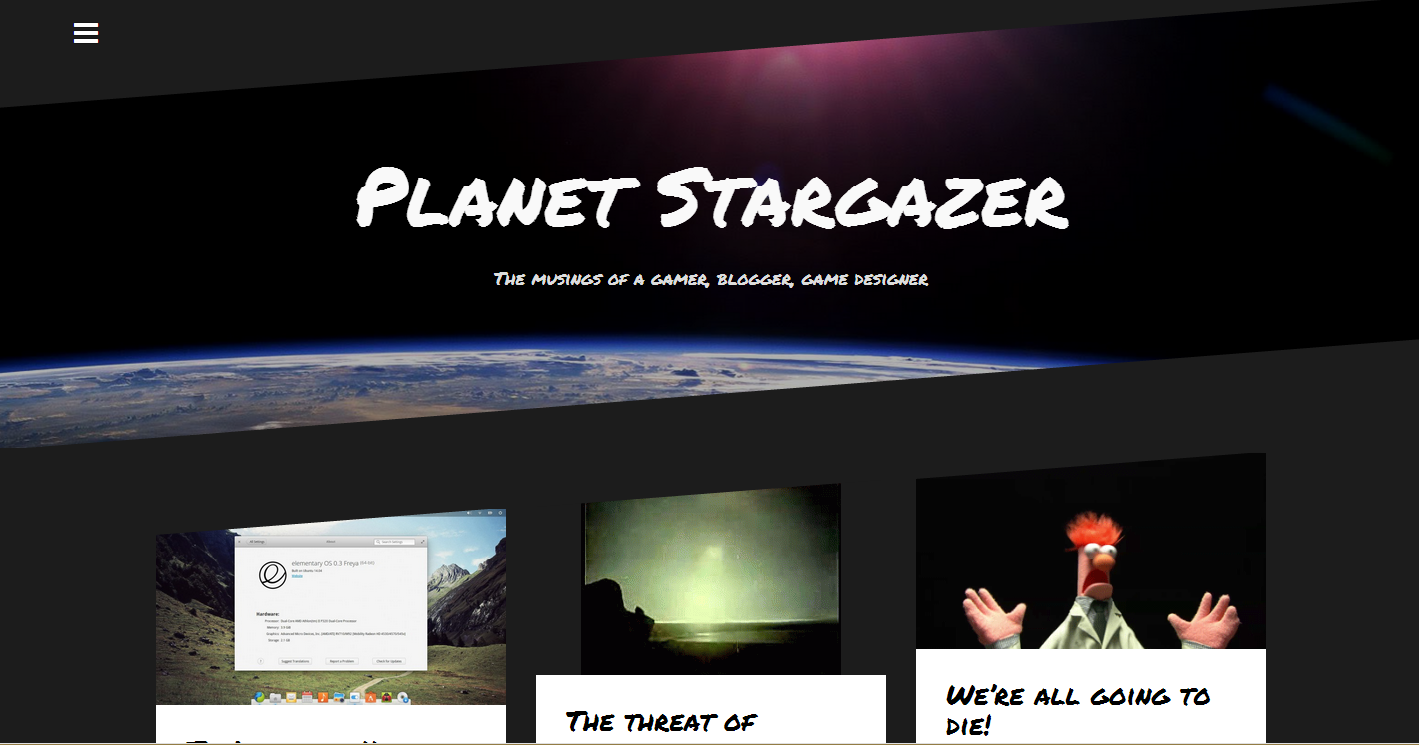 This might be news to some, but recently I started a second blog. This time it’s not about pen & paper roleplaying games but everything else I am interested in.

By the way, the new blog goes by the name Planet Stargazer.  There is no regular posting schedule (very much like at Stargazer’s World at the moment), but you can expect at least a post every few weeks. Please give it a look and feel free to comment!