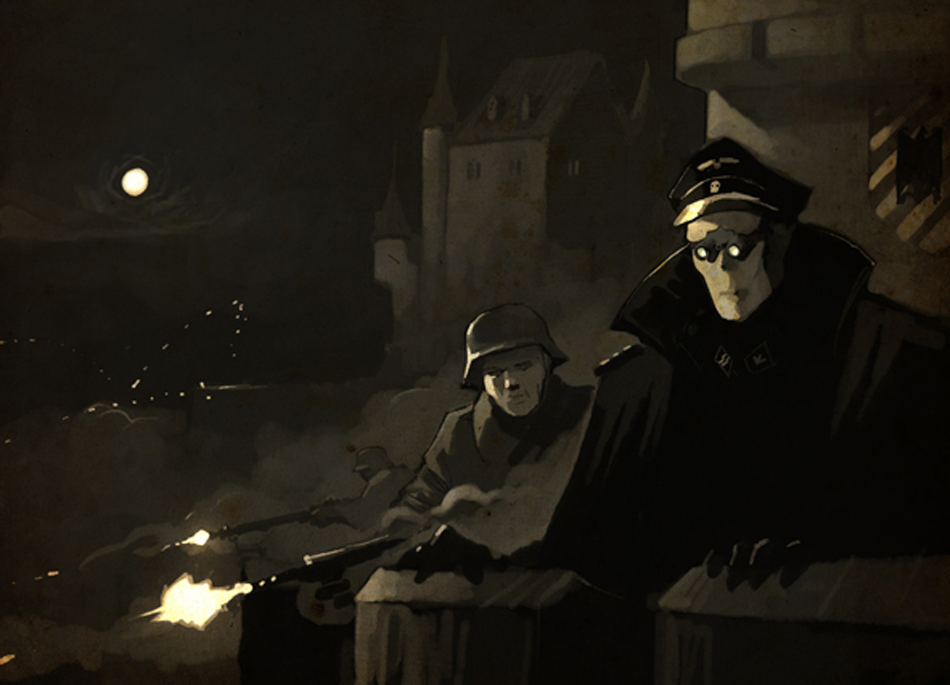 I have always been interested in history and I always found it quite intriguing to play in historic roleplaying games. So it was of course no surprise that I backed Achtung! Cthulhu which combines Lovecraftian elements with the history of WW2. For most of my readers playing in such a game has no special significance. The vast of majority of my readers is from one of the countries who were known as the Allies in WW2. But for me – as a German – things are a bit different. My people were the bad guys back then.

I am usually a very mild-mannered and peaceful person, but there’s one thing I particularly hate: fascism. Fascists and Nazis make me terribly angry. For me (and probably you as well) the Hitler regime was definitely what we’d call the bad guys. So if I’d ever play in such a game I’d probably play an Allied soldier or something similar. It just wouldn’t feel right for me to play one of the supporters of said regime. I think I could portray Nazi NPCs as a GM, but never as a player. It just feels terribly wrong.

Because of our history I always hesitated to actually run a game set in WW2. I am sure there are many interesting stories to be told, but I fear it’s hard to do it in a proper way that also respects the victims of the war. I guess I might be overthinking things. Perhaps it’s because I always try to do the right thing. My question to you, my dear readers, is how do you see this? Would you play one of the bad guys? Do you think that topics like the Holocaust can be properly handled in a roleplaying game? How do you deal with your home country’s history in a roleplaying enviroment?

Since this is a very serious and complicated topic, please let me try to end the post on a lighter note:

Powered By The Apocalypse