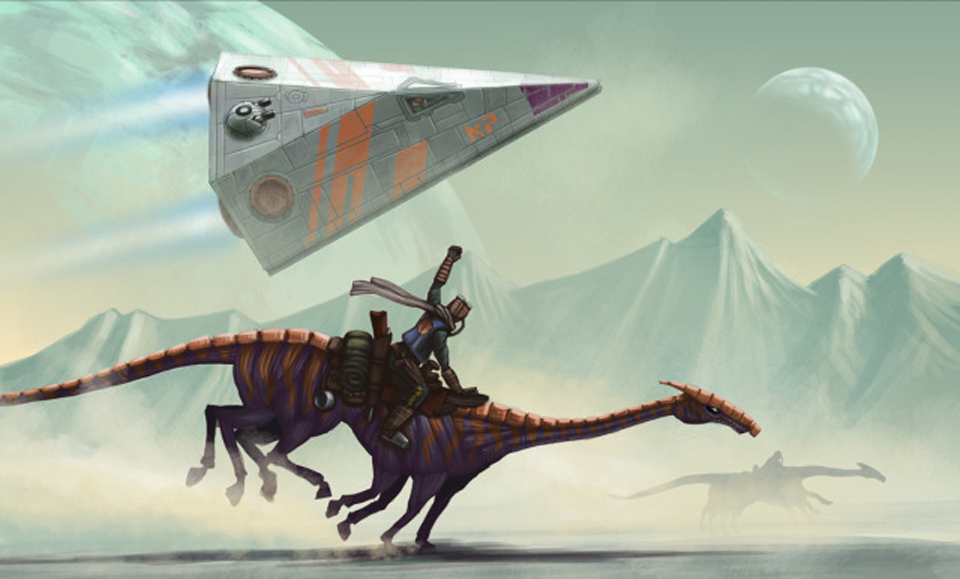 For years I wanted to run a proper SciFi game. I’ve made plans for Stars Without Number, but the project never made it to the game table. I tried to write a complete SF RPG for NaGaDeMon last year, but I was unable to finish it. A big part in this was played by the bouts of anxiety and depression I was suffering from for years now.

I’m finally feeling a little better, and I’ve successfully run Numenera for a while now, but I can’t get Traveller from my mind. I’m actually currently playing in a Savage Worlds-powered Traveller game at the moment, but I am also interested in running a Traveller game of my own. I recently mused about this on this very blog. Running a game in a slightly modified OTU (Original Traveller Universe) would certainly be a possibility, but there are so many others.

One of the ideas I had was designing a totally original region of space filled with a couple of pocket empires modelled after Europe shortly after WW1. This could be a very intriguing setting to play in with a lot of politics, intrigue, some spying, and perhaps even a couple of border skirmishes. While the setting would take some inspiration from history, all the common Traveller tropes would remain intact, which definitely makes things easier. But my players are interested in a more exploration-focused campaign, so this might not a great fit.

Recently I picked up the 2300AD Bundle of Holding. 2300AD is an alternate universe for the Mongoose Traveller rules which is set into the 24th century. After a devastating WW3 humanity has slowly started to get back on its feet and made their first steps into interstellar space. It’s a very cool setting with offers countless opportunities for players and GMs.

Chthonian Stars by WildFire is another cool alternative. It’s another setting for Traveller but this time it’s even more close to our times. It’s set in 22nd century and introduces elements from the Cthulhu Mythos to Traveller. And if you don’t like cosmic horror in your SF, just throw out all the Mythos stuff and you got a reasonably hard SF setting.

Alas both 2300AD and Chthonian Stars don’t feature Psionics, which one of my players loves. I could try to shoehorn Psions into those settings or continue looking for something else. At the moment I am still a bit torn. There are so many opportunities but I just can’t make up my mind. What would you do if you were in my shoes?