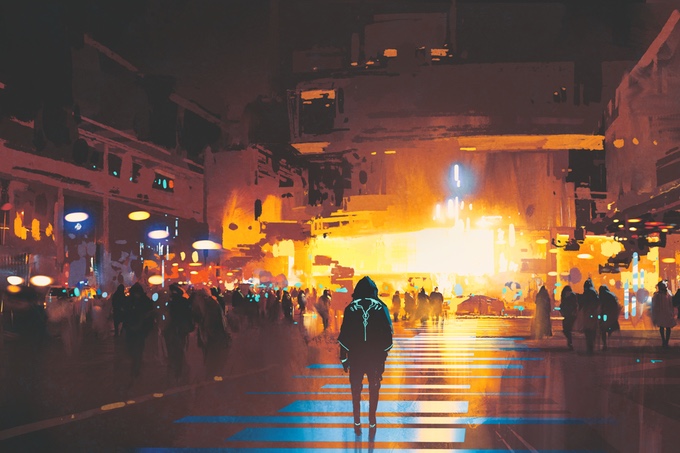 Cyberpunk is definitely one of my favorite genres. So I am always quite excited when a new cyberpunk game gets released or is being kickstarted. For some reason I totally missed “The Veil” though.

The Veil is a cyberpunk roleplaying game powered by the Apocalypse. I have to admit, while I still have some issues to grok the GM-side of things in PbtA games, I was always (and still am) very intrigued by them. Their novel approach to roleplaying makes it very easy to focus on the roleplaying. One of my best roleplaying experiences was with tremulus which definitely can’t hide its PbtA roots.

Samjoko Publishing is currently raising funds for a supplement to The Veil called Cascade, which will feature not only new playbooks but also a complete setting inspired by the novel Altered Carbon. You can also check out an art-free version of “The Veil” here.

More information about “The Veil: Cascade” can be found on the kickstarter page. The kickstarter ends in about 19 days and has already surpassed its goal of 5500 CA$.