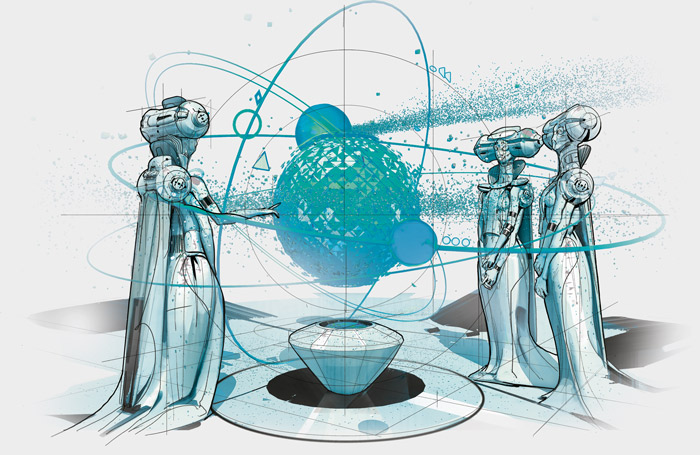 Although I have been reading various roleplaying games during the last months, I irregularly direct my attention towards Genesys, FFG’s generic roleplaying game based on the mechanics popularized by their Star Wars RPGs. I’ve played in a very successful and fun Edge of the Empire campaign and over the many, many sessions I learned to love the system. Usually I am no fan of fancy dice, but the Narrative Dice system just works great!

This time my excitement for Genesys was rekindled by the release of the Expanded Player’s Guide, which not only contains new gear, new spells, new vehicles for the players, but also a lot of GM material, including new example settings. Genesys is simple enough that I easily could see myself running a game with just minor prep, but it also has enough depth to keep players excited for quite some time.

Many GMs have that one, go-to game, which they use both for one-shots and lengthy campaigns, a game they can run at a moment’s notice. I never had such a game. I’ve run many games in the past, but I was never that comfortable with a system. It’s probably part of my “GM’s attention deficit disorder”. Nevertheless, I think Genesys could become such a system.

Traditionally I have run a one-shot game (usually something from the horror genre) for my friends on New Year’s Eve and this time I’m tempted to use Genesys for that. That means I have about two weeks to read the rules again, come up with a viable idea and prepare an adventure. We’ll see how this turns out considering I’ll be in food coma all over the holidays…

Letting go of that NPC