While checking some websites this morning I stumbled upon some great tutorials for Halloween props. These props could make excellent props for use at the gaming table especially when you run some horror or mystery campaign. Check out that great prop for example: 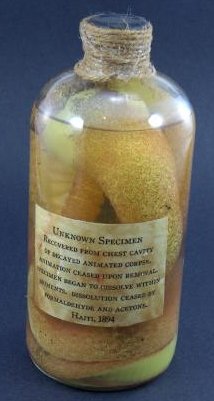 The tutorials can be found at Imakeprojects.com. And when this is not creepy enough, check out the great “Jarhead“.