According to an announcement of the Cubicle 7 site and this forum post, the Doctro Who RPG is finally coming in October. Why any mention of that game had been removed from the Cubicle 7 site after the relaunch is still a mystery to me, but I am happy that they didn’t cancel the game after all. Although I am still skeptical if that could really work, I am very interested in the upcoming game! 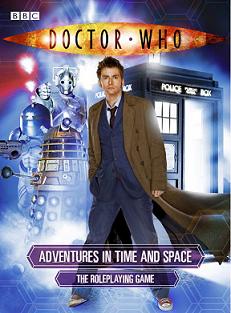 The game will be released as a boxed set that will contain a Players Guide, GM Guide, an Adventure Book and character sheets etc. The whole thing will set you back approx. 60$. Sounds like a good deal.

What happened to the Doctor Who RPG?

Review: Doctor Who – Aliens and Creatures

Doctor Who: Adventures in Time and Space Unboxing

2 thoughts on “Doctor Who RPG comes in October”