Although I am more or less in “vacation-mode” and being lazy most of the time, I started working on a new campaign project. I won’t spill the beans right now, but I wanted to share the map with you. It’s not 100% done since borders, cities and a few other details are still missing, but the geography is more or less done. 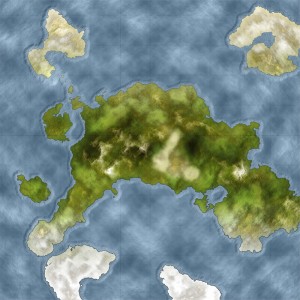 The map was created using Photoshop and an awesome tutorial by Ascension from the Cartographer’s Guild forums!

What about the GameMastery Plot Twist Cards? A review… (And slight ramble!)