UncleBear, father figure of RPG Bloggers has started a new movement: ROLPUNK!
So, what’s this all about? Let the man speak for himself: 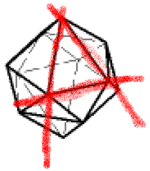 Rolpunk (one L, no E) is about pure, stripped down, no BS tabletop gaming. It’s about taking your game back to its bare bones roots: play a character, chuck some dice, period. It’s about not letting other people tell you how to play your games. It’s not about telling other people how to play their games, either; don’t be that fascist. Don’t drink the Kool-Aid, man, not other peoples’ and especially not your own. It’s about having fun, because if you’re not having fun you’ve discovered the only way possible to do it wrong. It’s about embracing the do-it-yourself ethic of the hobby and sharing your stuff, even if it’s just with your own game group. But it’s not about rejecting stuff, dismissing stuff out of hand because of whatever pretentious filters other people have set up to dictate what’s cool and what’s not cool. Screw them. Reject attitudes, not games. It’s about accepting the potential of everything, salvaging what works for you and ignoring the rest. It’s about shaping your own identity as a gamer, about letting your group and your campaign and the rules at your table take their own form based on your creative needs. Don’t be a game sheep.

He also has written an uncensored manifesto, which is in my humble opinion pure gold! If you don’t mind a few swear words, you really should check it out! Ah, and before I forget it: The manifesto and the logos are © Berin Kinsman and licensed under the Creative Commons Attribution-Share Alike 3.0 Unported License. So, join the movement, share the word and have fun!

Stargazer’s World is happily jumping onto the bandwagon! 🙂