Some weeks ago I posted about “Thrilling Noir Stories”, my roleplaying game inspired by the film noir genre. The latest playtest version codenamed “Bogart” is already pretty good, but still needs more testing. 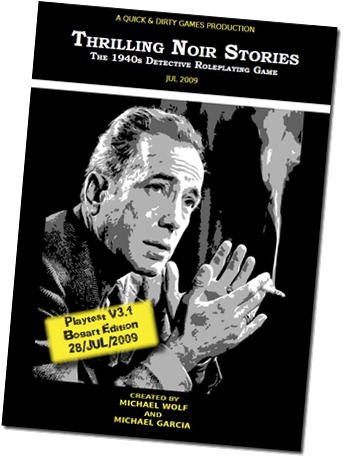