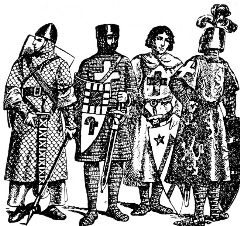 One reasons why I picked up S&W was that it’s very easy to modify. In most modern games, making a small change on one end can lead to catastrophic results. Not so with a rules-light game like S&W. Houseruling an old-school game is not only fun but also part of the “old-school” way.

While looking for some inspirations on how to run my S&W solo game with my girlfriend, I stumbled upon the Akratic Wizard blog by fellow RPG Bloggers Network member Akrasia and his house-rules. He has created a lot of minor house rules and even two full classes! If you are looking into changing some aspects of your S&W game, why not check out his stuff first?

I have to admit I am amazed how much creativity you can find in the old-school movement. I always thought things were more rigid back in the day. Oh boy, I was so wrong!

I Can’t Make Up My Mind