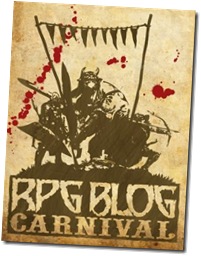 It’s the 28th of October, so I still have a chance to take part in this month’s blog carnival hosted by Games of State. The topic this month is morality, in-game and in real life and luckily the carnival announcement comes with a handy list of questions for us to answer. Here are mine:

I’ve to admit it’s not easy writing about this topic because questions of morality are usually very personal. And sometimes a player character’s action reflect on the personality of the player. As always I am very interested in your comments. So feel free to post your thoughts below.