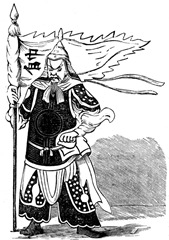 Chronicles is one of the many game designs I have floating around on my hard disk. And like most of these abandoned projects, it’s totally untested, probably extremely unbalanced and unfinished. But it was great fun to write! 😀

Chronicles is a rules-lite, anime-style fantasy game which uses a pretty easy dice pool system and four classes: the Warrior which is attuned to Earth, the Archer which uses Air magic, the Monk who draws his power from Water and the Sorcerer who is a master of Fire magic.

Today I stumbled upon my manuscript, made some minor layout tweaks and created a PDF you can download here. I don’t intend to anything with it in the foreseeable future, but perhaps there is someone out there who can put it to some good use.