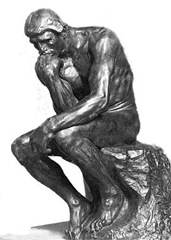 While developing Gears I have encountered many situations where I was not sure if the direction I am taking with the game is the right direction. While working on the combat section of the Gears rules I have the problem that the basic mechanic, which I love, is getting in the way all the time. I sometimes wished I had chosen a different base mechanic. There a moments, where I believe changing the system to something like “3d6 roll higher” or even a dice pool system, would make the game much better.

While this change would force me to come up with new solutions to problems I’ve already solved, it would make combat and perhaps even my planned powers system much, much easier to design. There are quite a few things that currently just don’t work as I hoped.  The problem is that I have already put quite some work and effort into the current version and changing something basic like the dice mechanic will probably force me to start from scratch. On the other hand struggling with something I am not entirely happy with seems like a waste of time.

What would you do? Would you try to keep with the current mechanics, no matter what? Or would you change the game’s basics in order to give it a fresh start? I have to admit I am pretty much torn at the moment. One thing is sure, I want to finish that project and release a product that not only I am happy with but which will be picked up and played by at least a few other gamers.