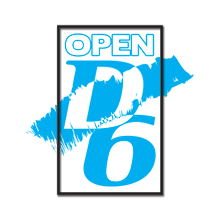 I never thought this would happen, but it seems Eric Gibson, owner of West End Games, will be selling TORG (and probably other properties of West End Games as well). According to an interview he gave to the Wild Die blog, TORG is already in the process of being sold, but he doesn’t know if the new owner plans to rerelease it under the original system or a new one.

The rights to Septimus will be returned to Bill Coffin, while the Open D6 game will be given to the community. As he stated in on forum post at the WEG Fansite, he wants to make changes to the OGL that allows the community to make use of the D6 system text copyrights, as well as the Open D6 trademark.

According to what he said in the interview, WEG will be closed when all the properties have been sold off. This is definitely the end of an era! I have criticized Eric Gibson several time before, but this time, I have to congratulate him for this decision. It takes a lot of strength and courage for a step like that and I wish him all the best for his future.

Return of the Immortals