This morning I added a couple of new features to the blog.

The first change is the addition of the Sexy Bookmarks plugin to the site. While I already had a Share function built into the theme, it only supported a limited number of services. Sexy Bookmarks supports almost every bookmark service and social network out of the box and is updated regularly. I have currently enabled Twitter, Delicious, Digg, Reddit, StumbleUpon, Technorati, Buzz and Facebook. If you are missing anything, let me know.

Sign in using OpenID, Google, Yahoo, Facebook, Twitter, WordPress
From now on users may sign into the blog using one of these accounts. Especially when you write comments regularly this makes things much easier for you. This also allows me to disable anonymous comments in the future which helps me to fight comment spam. If you have an existing account at my blog you can of course continue signing up with your username and password or you can link this account to Facebook, Twitter or whatever you choose. 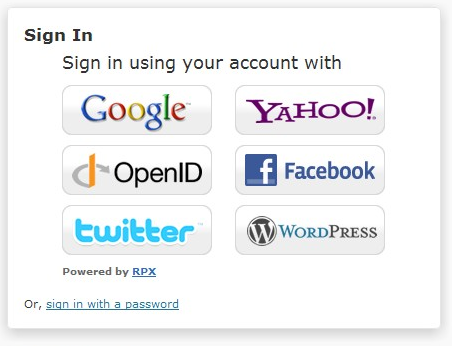 As far as I know the new features work like a charm but it’s always possible that there are technical issues. If you notice any problems, please let me know. And as always share your thoughts, criticism and advice in the comments below!