I have to admit that I haven’t read Signs & Portents before, although I’ve heard it’s quite a good magazine, especially if you are into the games made by Mongoose Publishing. But issue 80 has a special significance to the Stargazer’s World team.

That’s because this issue of the free RPG magazine features an article by our team member Roberto Micheri aka Sunglar! Congratulations, my friend! 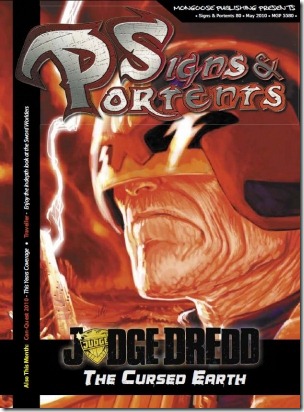 The A-Team: A model for RPG campaigns?