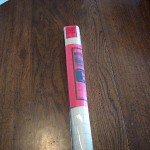 One of the most important things as a Dungeon Master that you can have at your Dungeons and Dragons game is a battlemat. It’s one of the items I struggled with for the longest time before I finally settled on one to buy. There are a hand full of choices for Battlemats and reviews for them are hard to come by. In the end I finally settled on the Chessex Battlemat.
The Chessex Battlemat is a “expanded” (i guess they mean stretched) vinyl mat with 1″ Squares on one side and 1′ Hexes on the reverse side. The battlemat was shipped and packaged very well. I was worried about  a rolled up tube of vinyl getting damaged in the mail, but my worries where for not. 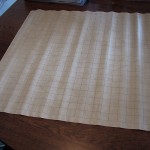 Some care instructions came with the Battlemat instructing me to use only wet erase markers (which i found at a local store) and never to use any red or orange markers. Something in the ink makes them permanently stain the vinyl. Never to fold the mat but rather just roll it up into a tube. 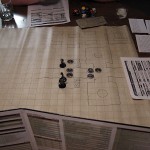 When I first opened the mat it had some wrinkles that you can see in my photos. But after a few games those wrinkles have dissapeard and the mat lays flat at every game.

I now currently own two Chessex Battlemats. When I first started using the Battlemats I would draw out my dungeons on the fly. Keeping my players guessing as to what was coming up around each corner. Lately however, I have switch to drawing out my dungeons before hand. This can kill the eliment of surpize for my players but it does allow me to draw very detailed maps and I almost always get some oohh’s and aawww’s from my party. That’s saying a lot for a guy who can’t draw.