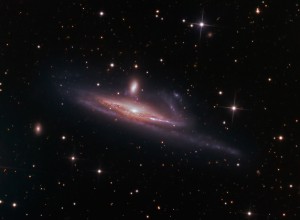 Unlike some of my fellow writers here in Stargazer’s World I haven’t tried my hand at designing an RPG for some years now. I must admit that meeting so many great and creative people in this community has gotten my creative juices flowing and I may just try my hand at game design in the near future. One thing I do a lot of is world building. You may consider me a compulsive home brewer. I’m constantly taking notes, making maps, and creating. Sadly many of these campaigns never see the light of day.

Total disclosure here dear reader… I am sometimes reluctant to use the blog as a sounding board for a campaign idea because I think many of you will simply not be interested in me airing my campaign notes. I seems a little too self-serving, but I’ve decided to take a chance.

These are the initial notes for a sci-fi campaign idea I’ve been working on. It’s really the first of two parts. The rest of the notes are not polished enough to share right now, but I’d love to get an initial reaction. What do you think? Does it sound interesting or too clichéd? Would you like to read part two or should I scrap the idea and start again?

So far this is just a system-less idea for a campaign. If there is an interest I may compile this and put it out as a PDF document. I’d be remiss to not point you to an EXCELLENT sci-fi setting by Michael, Ad Astra. Make sure you check it out!

Here is my (so far) nameless sci-fi setting. Any feedback is appreciated!

“Everybody expected the war to be short. When the conflict dragged on and millions of people started dying the mood certainly changed. Lines were drawn and thus began the long war of attrition. No one was prepared for it. You have to understand, this was the first truly interstellar war, there had been regional conflicts, but this was the first large scale conflict where the great capital ships and their devastating weapons were put to use. Where millions of soldiers would fight over pieces of rock located in key hyperspace routes, fighters would clash while skimming the atmosphere of densely populated planets and their wreckage rained death on the population. In the end when the Union declared victory, they might have created new stellar nations and boasted of change and reform, but few of us fell victorious. When soldiers returned, citizens were suspicious of them, those that had homes to return to… Governments failed to live up to their promises. Some of us just left it all behind and travelled here, to the fringes of Union space, some seek adventure, others riches… Me? Well I just want to forget.”

When mankind left earth the transition was difficult. After colonizing the solar system and beginning a program to explore nearby stars with massive generation ships we made first contact. Or more accurately they made contact with us.

A damaged Cerdiallian ship limped into the Sol system on non-FTL power. The encounter was auspicious, the Cerdiallians were Humanoid enough so that their technology and Human first contact protocols bridged the gap, and rudimentary communication was established. After repairs were made and means for future contact established, the Cerdiallians left. Soon after Kerdans in pursuit of the Cerdiallians secretly entered the solar system and upon detecting the presence of Cerdiallian technology assumed the Humans were allied to them and attacked, unexpectedly drawing Humankind into their border skirmish.

Kerdans destroyed the generation ship space docks in Neptune and attacked the gas mines of Uranus. Despite heavy losses the Humans destroyed the Kerdan flagship and crippled the escorts. As they attempted to escape ships from all the governments in the solar system gathered and defeated the Kerdans.

The captured aliens and their technology offered a unique opportunity to any government in the solar system that possessed it. The secrets of FTL travel were now in Human hands. In an attempt to avoid conflict over the spoils a commission was created to study the technology and share any discovery and intelligence with all parties. Thus was created the Trans-planetary Commission on Galactic Technology or TCGT. The TCGT would take on greater responsibilities as the technology was soon used for the creation of defenses against Kerdan retaliation.

When a coalition of Humans and Cerdiallians defeated the Kerdans, Humanity entered the greater galactic stage. Three other races were soon contacted, but all seemed to the Humans have no ambitions beyond their home worlds and a few colonies. Besides the Kerdans and the Cerdiallians few other intelligent species had expanded beyond nearby stars and mostly out of necessity for natural resources. On the other hand Humanity saw great opportunities as the galaxy opened up before them and soon began a race to colonize any newly discovered life sustaining planet.

Coordinating communications became a major endeavor undertaken by the TCTG. While ships now had FTL capabilities, there was no way to communicate across the vast distances of space beyond the messages the ships could carry. The TCTG eventually took over administration of the Sol system’s resources as the former governments began to carve out their holdings in the stars. Other groups began colonization efforts as well, ambitious entrepreneurs, fringe political and religious groups, as well as many corporations.

The most successful non-corporate space nations emerged from the remnants of old solar system nations. The Eire-Indo-Nippon or EIN Triumvirate established the largest presence in near-Sol life sustaining systems, followed closely by the Free Holdings of Alpha Centaury a governing body created after the dissolution of the American Alliance following the Brasilia Talks.

Smaller local governments and settlements often confined to a single planet or system dotted the star maps. These groups often had little contact with neighboring systems, comprised of trailblazers, scientists and isolationists, places where great social experiments were set in motion, religious groups sought the freedom to create communities governed solely by their beliefs and forbidden experiments were carried out.

The third major player in this galactic drama, large corporations, often referred to as mega-corps of hyper-corps, had the most success in these endeavors. Conglomerates, with business interests in many and varied markets settled their own systems, no longer under the regulations and governance of national or stellar governments.

As this expansion into the stars was taking place, the average Human faced increasing hardships and many failed to reap the rewards of this great adventure. The disparity between the very wealthy and the working class grew larger every year. Corporate systems became increasingly rich and powerful, often recruiting the citizens of other stellar nations into their workforce for extremely low wages. Despite this fact, the masses that saw few options swelled the ranks of the corporate workforce. These entities in turn, without any oversight of regulation, exploited their workers.

The Euro-Pacific, or Eu-Pac, Corporation was perhaps the worst of all. Forerunners in terra-forming efforts based on arche-technological reverse enginnering, Eu-Pac Corp exposed their workers to hostile working conditions, many forced to work in dangerous ecosystems. Accidents in terra-forming operations were common, and Eu-Pac Corp executives saw the loss of life as an acceptable risk of doing business, after all there were more workers where the deceased came from.

The revolt against the Eu-Pac Corp was the first spark in a larger conflict to come. After a quarter of a million workers perished as part of a terra-forming disaster, a fledgling workers union, fiercely prosecuted in corporate systems, abandoned their peaceful intentions and regrouped as a revolutionary group. The Rukta Workers Consortium eventually united diverse unions and groups and managed, through sabotage, revolt and outright conflict, to defeat the Eu-Pac Corp and established itself as a new stellar nation. The Rukta Workers Consortium began a fierce anti-corporate campaign that gained many sympathizers among other stellar nations.

Other corporations, fearing a similar revolt among their workers reacted. While a few took the route of improving worker’s conditions and greater freedoms, the vast majority cracked down on dissidents, expanded their own private armies and armed their fleets. Conflicts came to a head when various corporate governments declared that all their workers solely under the corporation’s jurisdiction, even those citizens of other stellar nations, and claimed all control over their movements and actions. Other stellar nations soon accused the corporations of slavery and abusing their power and responded in kind by raising large armies and directing their resources to the creation of ships and weapons of war.