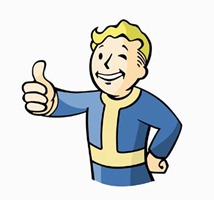 Recently I wrote about my plans to run several mini-campaigns in the future. The first campaign I am now working on is an Atomic Highway campaign set into the Fallout world. I didn’t want to use neither the Capital Wasteland from Fallout 3 nor the West Coast area from Fallout 1 and 2, so I decided to nuke the hell out of Indianapolis.

Why Indianapolis? Basically any American city could have worked, but it’s the only city I have been to for more than a few hours. And it’s far enough away from the areas where the computer games are set. So my campaign can retain the style of Fallout but I can also make the world my own without messing with canon.

I am a bit undecided if I should include all the Fallout tropes though. Most iconic Fallout factions like the super-mutants or the Brotherhood of Steel initially hail from the West Coast and their appearance in Fallout 3 didn’t make that much sense, if you ask me, but I think my players would become mutinous if I left them out. But both factions will probably not play a major role in the campaign. 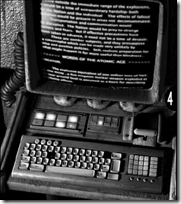 My campaign will start in October 2169, which is only a couple of years after the so-called “Vault Dweller” has defeated “The Master” and almost two decades before the events of the second Fallout game. The players and their families live in one of the underground vaults, created by Vault-Tec before the Great War. Vault 82 lies somewhere in the Indianapolis area and its 498 inhabitants have survived the destruction of what was formerly known as Marion County unscathed.

But life in the vault is about to change. Three inhabitants of the vault will have to leave their safe shelter to explore the Indianapolis wasteland in order to protect their home and perhaps even build a new future for humanity as a whole!

I currently don’t want to reveal much more, but rest assured that I will post some Fallout-related material using the Atomic Highway ruleset in the near future. Aside from a Vault Dweller Rearing, I’ll still have to create a couple of iconic Fallout creatures and a few pieces of equipment.

As always I am very interested in your thoughts on that subject. Have you ever considered running a campaign based on the Fallout series? What do you think I should definitely include? Feel free to post your comments below!