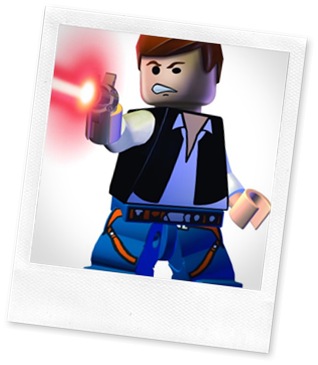 When Wizards of the Coast revealed that they won’t be renewing the STAR WARS license a lot of fans of their SW RPG and miniatures line were quite disappointed. Especially the latest edition of their Star Wars RPG, the Saga Edition was quite popular among fans.

Some days ago Mongoose’s Matthew Sprange revealed that his company tried to get the STAR WARS license, but was beat to it by another company. Here’s an excerpt from the post:

In other A Call to Arms news, I can now report that we did not manage to grab the licence we were chasing for the game – Star Wars. We weren’t really expecting this one to happen (we made a sideways reference to it in the State of the Mongoose), but we got much further along than we thought we would.

The interesting thing is why our negotiations ended – another company beat us to it. We are not going to reveal who this is (you have heard of them), as that is their fanfare to blow. However, I am sure many will find it intriguing that the licence covers card games, RPGs, and… miniatures. Now, the company concerned is not known for its miniatures lines, which will probably put paid to my dream of 28mm multipart/multipose Stormtroopers.

This morning I had some discussion with fellow blogger David A. Miller aka LodeStoneDavid on Twitter. Especially the following quote left us scratching our heads: “Now, the company concerned is not known for its miniatures lines”. At first glance this may disqualify quite a few companies that came to mind, but he basically just said that the company in question was not known for it miniatures. That does actually not rule out companies with existing miniature lines, as we first thought.

So, who could be the new Star Wars licensee for RPGs, card and miniature games? Obviously any company trying to get this license must have the funds necessary to pay for it. And as David pointed out, the company should also have the staff able to support such a game.

Since roleplaying games are a huge part of said license, I am pretty sure the new licensee is one of the major RPG publishers. While I still love the idea of a Star Wars game powered by Savage Worlds, I doubt that Pinnacle Entertainment is the company Matthew Sprange was talking about.

Paizo fans would probably love the idea of Pathfinder-based Star Wars game, but I seriously doubt we’ll ever see something like that.

Green Ronin is no stranger to licensed products, but I am not sure if Star Wars isn’t just a bit too much even for them to handle.

In my humble opinion our current best best is Fantasy Flight Games. They definitely have the money and the manpower needed for such a license. But there was no mention of board games and FFG is known for a few miniature games lines. So perhaps I am on the wrong track here.

What do you think about what Mr. Sprange said? Do you expect to read an official announcement by the actual Star Wars licensee anytime soon? And what company do you think will it be? Feel free to post your comments below!