It’s always amazing what talented people can do with tools like Campaign Cartographer 3. And undoubtedly ProFantasy’s Ralf Schemmann is no amateur when it comes to map making. He recently created this beautiful map for the game Dungeonslayers. 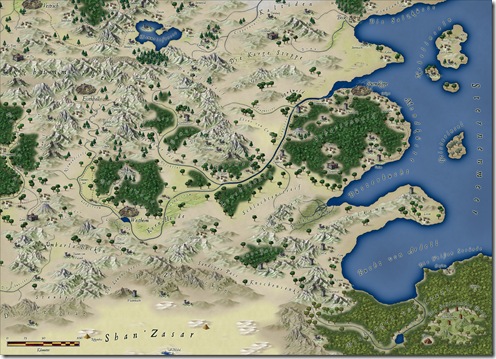 If you own Campaign Cartographer 3 and the recently released Cartographer’s Annual 2011, you can download the original CC3 files here. Please note that the location names and descriptions on the map are in German, but I hope Ralf can be convinced to create a translated version of this map as soon as Dungeonslayers 4 has been translated.

While I have been dabbling with map-making in both CC3 and Photoshop I am definitely not that good. But as soon as I have some time to spare I’ll work on a couple of maps for my various games.