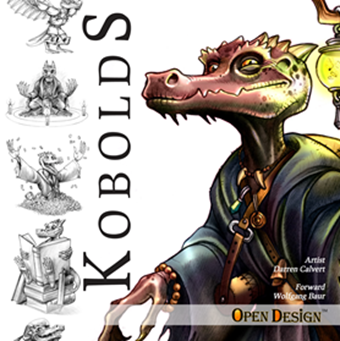 Yesterday Wolfgang Baur’s Open Design celebrated it’s 5th anniversary. To celebrate this there’s a special sale that ends on Thursday March 24th. During this time you get a 50% discount on the following products:

In addition to that, if you buy a print item at the store you get the PDF for free! If you spend more than $50 in one purchase you’ll also receive a special anniversary PDF chapbook for free, that collects some of the best artwork featuring Open Design’s kobold mascot Jiro.