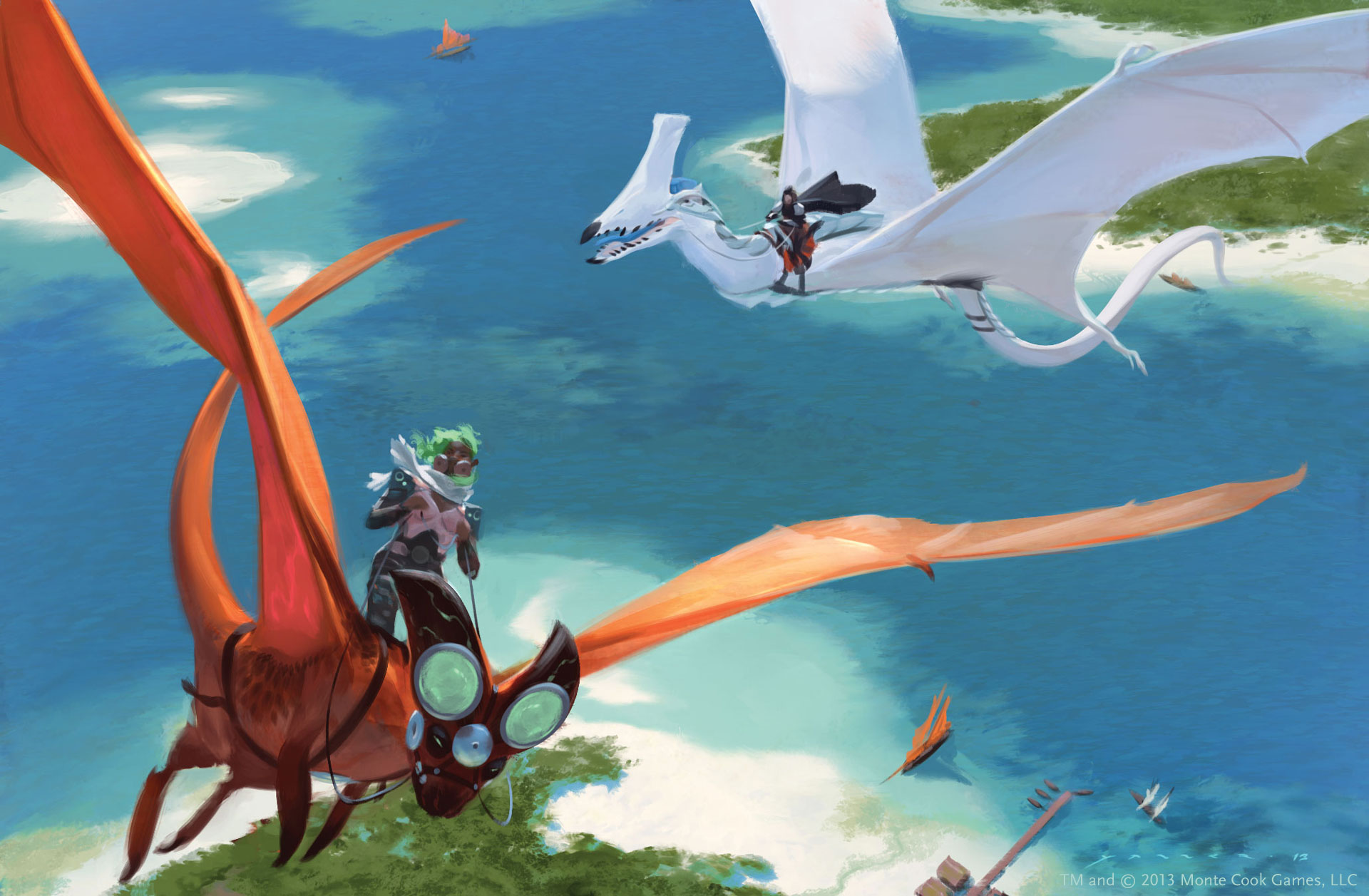 Last Friday the Fallout campaign I was running came to an end. So we started thinking about what I could run next. For a while we thought about another Fate game, perhaps even Atomic Robo, but then I proposed Numenera. My players had a look at some of the artwork on the internet and listened to me describing the setting in a few broad strokes and were sold immediately.

So I used the last few days to read the core rule book. I quickly realized that most of the rules are pretty simple but should be quite effective, even though I still struggle with the Effort rules. Perhaps I have to check out a few actual play examples to understand how it works. But overall I like the rules a lot.

But the highlight of the game is of course the setting. The combination of the fantasy, science fiction, and post-apocalyptic genres is pretty awesome, the Ninth World is huge, weird, and not too detailed which pretty much allows the GM to do their own thing.