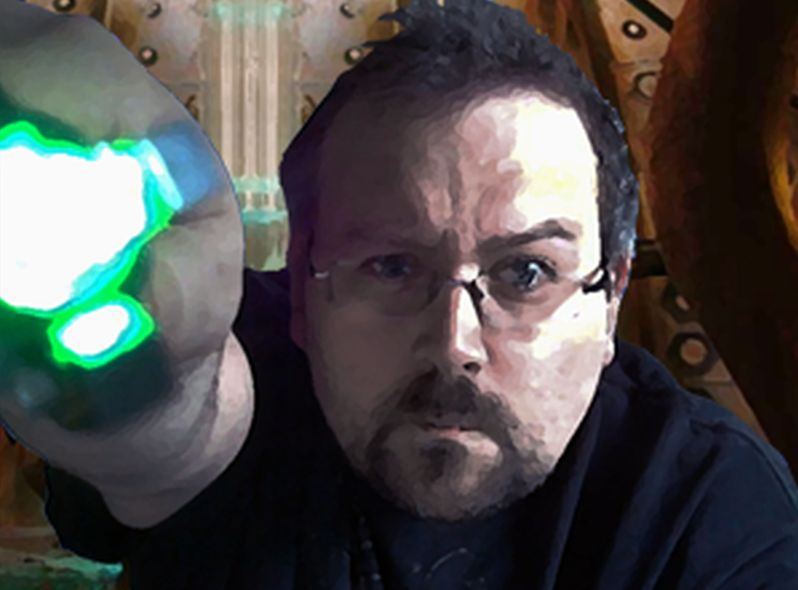 Since I have been pretty quiet over the last few days I wanted to give you guys a short update on what’s new with your favorite blogger.

My fight with depression is going pretty well at the moment. The new medication my physician prescribed me a while ago is helping a lot and I am already feeling much better. I have not returned to work yet, but I plan to slowly return to a normal life soon. I also took some steps to get rid of the tachycardia I have had for years now. My blood pressure is not perfect but still acceptable,  but my heart rate is way too high. Hopefully the beta blockers will help fix that. My physician also highly recommended me to do some sports, so I guess I’ll have to get my ass into gear.

Gaming-wise everything is quite brilliant at the moment. I currently play in several games including D&D 5E, Traveller (using Savage Worlds) and Shadowrun 3E. I guess you already read about the Numenera game I’m running at the moment. I have to admit I am very excited about our next session and this time I’m not even remotely nervous. Tonight I’ll join a friend’s Barbarians of Lemuria online game, and we’ve also scheduled the next two D&D sessions. So it looks as if I’ll have about two gaming sessions per week in the foreseeable future, which is awesome.

Let me muse about D&D 5E a bit. We are playing the adventure included in the Starter Set using the pregenerated characters. The DM decided to run us through some kind of prologue first, since we are only two players at the moment. This not only gave us a lot of cool roleplaying opportunities early on, but we also had time to ease into the rules – which are pretty cool by the way. I’m surprised that they managed to keep things simple with this new edition of D&D. It reminds me of a very streamlined version of D&D 3.0 with some elements from both older and newer editions. Combat is pretty fast and the advantage/disadvantage mechanic works pretty well. I also love that they are releasing the basic rules as a free PDF which could really be a viable alternative especially if you’re not sure if the new edition is the right game for you. It’s possible to start playing with the free rules only and later add stuff from the PHB.

Even though I am currently more focussed on Numenera and The Strange, I’ll definitely give D&D 5E a chance. The new PHB is already ordered and I am looking forward the rest of the core books. I have to admit I was pretty skeptical about 5E but the Starter Set just looked like too sweet a deal to pass up. And now that I have played a couple of sessions I have to say that I enjoy it a lot. We haven’t explored everything the rules offer yet, but what I’ve seen so far is pretty sweet. I might still prefer Lamentations of the Flame Princess for D&D-ish games with a more modern and horror-ish vibe, but for traditional fantasy I might use D&D 5E in the future.

I’ve also thought about game design a lot in the last weeks, but for some reason everything I come up with looks like a bad copy of Monte Cook’s Cypher System with the serial numbers filed off. It seems these mechanics had a much greater impact on me than I first anticipated. I guess that’s also the reason why I picked up The Strange. The things I love about the Cypher System are the pools, the Edge/effort mechanics, and the fact that each creature can usually be described by its level alone (plus some tweaks). This in combination with the fact that the GM never rolls makes the system easy to run and play. Perhaps I’ll someday manage to incorporate a few of these concepts into my games without totally ripping of Monte. On the other hand, isn’t copying someone the highest form of flattery?

Dust and Mirrors: A soundtrack for Night’s Black Agents