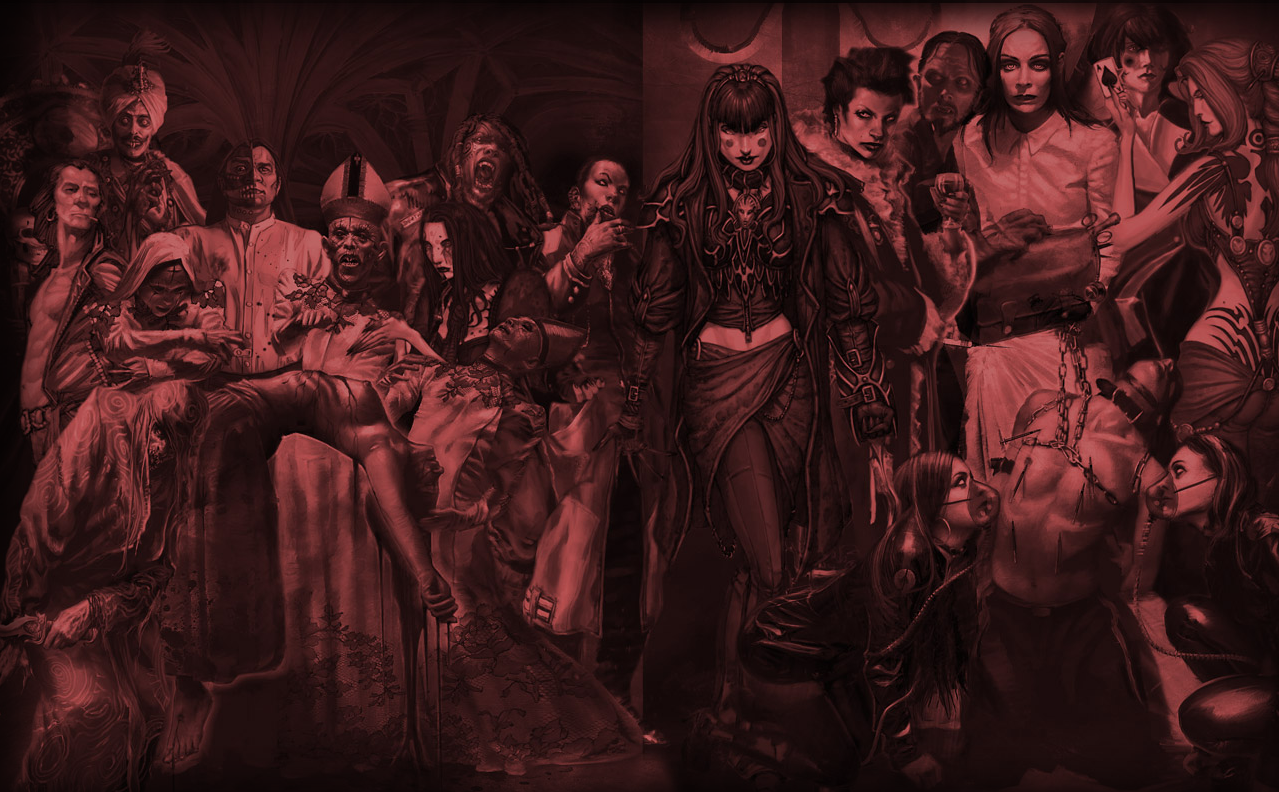 After talking to several of my players and thinking it through for a while, I came to the conclusion that I should run a short Vampire: 20th Anniversary Edition chronicle in the future. So why Vampire and not one of the other major World of Darkness games?

Vampire is – in my humble opinion – the easiest game to get into. Even though the game’s vampires are not like the ones you know from books and movies they are close enough that they don’t feel totally unfamiliar. Werewolf and Mage feature a way more complex cosmology and Mage’s magick system is powerful, but not exactly easy to grok. So Vampire it is.

Back in the day, when I first played Vampire, our chronicle was set into 1990s Chicago. I still have fond memories of this chronicle especially of the first dozen sessions or so, and I think Chicage could be an exciting city to play in. I also considered Los Angeles as presented in Troika Games’ Bloodlines computer roleplaying game, but eventually decided against it, mainly because at least one of my players is familiar with the setting.

Unfortunately Chicago has a pretty large Vampire population which is also involved in some heavy politicking. This could easily be too overwhelming for players entirely new to the game, so I decided to look into Gary, Chicago’s neighbour and rival. The city of Gary was given a pretty solid treatment in older editions of Vampire and is a good introduction to the greater Chicago area. Its Vampire population is not as large and the rivalry with Chicago’s Prince Lodin offers a lot of opportunity for the players. Do they ally with Gary’s Prince Mordius, or rather with Lodin? Do they try to stop the downfall of the once rich town or do they even speed up its demise?

Depending on the players interest it’s pretty easy to later move the focus to Chicago or to stay in Gary and introduce Kindred from Chicago if needed. What I like about Vampire is that you can treat a city like a sandbox. You don’t need GM-designed plots but the player characters should have their own agendas – and the NPCs react (or act) accordingly. Exciting times are ahead!

This Is Why We Can’t Have Nice Things