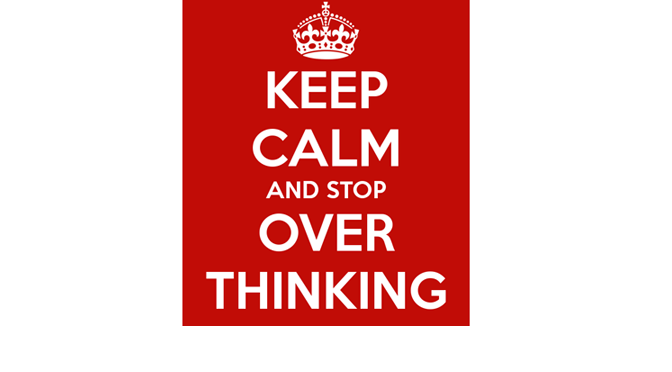 Over the years I’ve encountered dozens of games which are highly popular, are supposedly easy to learn, but I just can’t wrap my head around them.

One reason was probably that I grew up with pretty traditional roleplaying games, while most of the games I had trouble with were definitely more “indie”. But this couldn’t have been the only reason. But for quite a while I never realized why I had a hard time getting into games like Fate or Apocalypse world.

While I am still having trouble, I at least think I’ve found out what my main problem is. I overanalyze and overthink everything. Especially with Fate this still kicks me in the nuts when I try to run it. Skills are fine, Approaches (like in FAE) are mostly so, but Aspects always make my head spin, especially when it comes to situational Aspects.

In fact Aspects are pretty easy. If a room has the aspect “Pitch Black” it just establishes a fact. In traditional games, we actually establish facts as well, we just don’t write that down on an index card (which you can do in Fate to remind you of said fact) or give those facts special names. Invoking an aspect for example is just making use of the fact. For example you get a +2 bonus to hide in the room. That’s not much different how you do things in other games. But instead of having a rule for every possible circumstance, Fate uses a slightly more abstract approach. Which is actually not that hard to get…

… BUT for some reason my brain wants to make things more complicated. It’s actually pretty hard to put into words, because it’s all a bit fuzzy, but I tend to look for a deeper meaning or something more complex which just can’t be found, because it isn’t there.

I don’t know if it’s just me or if this happens to other gamers as well. So please share your thoughts below. And if you have good tips on how to avoid overthinking everything, please share those with us!