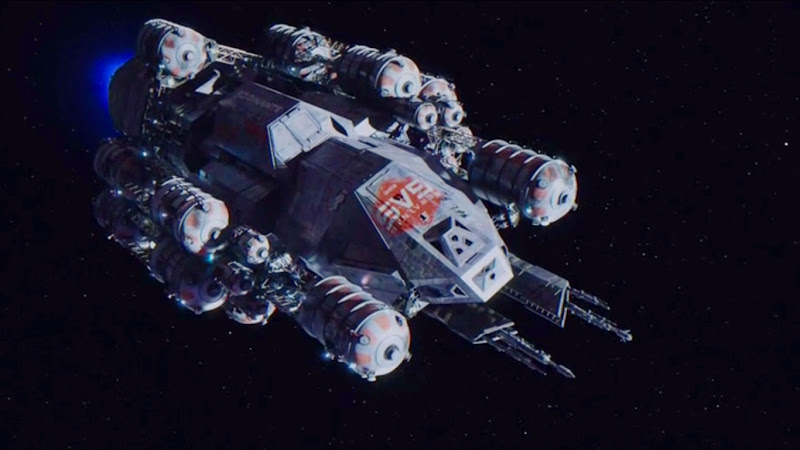 “The Expanse” is an exciting and rather new sci-fi TV series on SyFy. The second season has been confirmed a while ago and I am extremely excited about it. The series is based on a novel series by Ty Franck and Daniel Abraham.

The setting was initially developed for a MMO which never materialized, so Ty Franck decided to actually use it for a roleplaying game. There’s an article on io9 which goes a bit more into detail. The story which later turned into a successful novel series was actually born on a post-to-play gaming forum.

When the authors where asked in a Reddit AMA if they have plans to release a RPG for the Expanse setting they said the following:

“Not yet! But we’re open to the idea. It’s not like we don’t have a giant notebook full of notes from the Expanse’s RPG days…”

This was actually three years ago and unfortunately there’s no Expanse RPG in sight. So the question remains: why is there no “The Expanse” pen & paper RPG?

I guess there are several reasons. Generally licensed settings are always a risk. And usually license holders have strange ideas how much a RPG license can be worth. In addition to this there’s a bias towards fantasy settings in RPGs. So licensing a pretty unknown sci-fi setting is a risk – even with boost in interest because of the TV series.

If I understand the quote from the Reddit AMA correctly Ty Franck and Daniel Abraham are not actively looking for someone to write an “The Expanse” game for them nor are there plans to work on it themselves. So our best chances are that someone from the roleplaying industry approaches the guys and buys a license from them.

In the meantime we can of course run our homebrew games in the setting or play games with similar settings. If you don’t mind the mecha, Jovian Chronicles comes pretty close. WildFire’s Chthonian Stars setting for Traveller should also scratch that particular itch as long as you like the Lovecraftian undertones.

For what it’s worth I’d definitely love to throw my money at any RPG publisher releasing a “The Expanse” RPG!