If you thought I was late yesterday… at least it’s still the 17th in my time zone.  Continuing the #RPGaDay 2016, this question closely follows yesterday’s. This time around it’s about fictional characters. Let’s get this one done too.

August 17: What fictional character would best fit in your group? Why?

I considered many fictional characters, but every time I thought of one, I realized he or she was too closely tied to this property or that universe, and having them as player’s in a group where we play different games and genres would be awkward. After much consideration I settled on one of my favorite fictional characters as a kid, a character who comes from a relatively realistic contemporary setting, and I could see enjoying a good tabletop RPG session.  Who you ask? 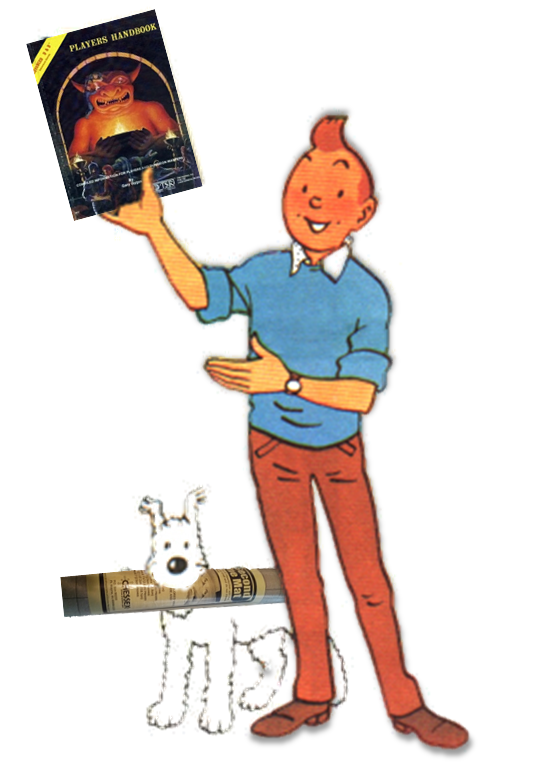 Tintin! I was such a fan as a child, his adventures fired up my imagination. I was aware some of the stories were horribly racist but the adventure and mystery just pulled me in. I must have read those stories hundreds of times. Tintin is smart, funny, and I believe he would be a great addition to our gaming group. And Snowy is welcome as well! As long as he doesn’t bring up his trip to the Congo…

Short and sweet! Now that I’m done with that, let’s go on to other topics. What fictional character joined your gamin group today? Let us know in the comments.