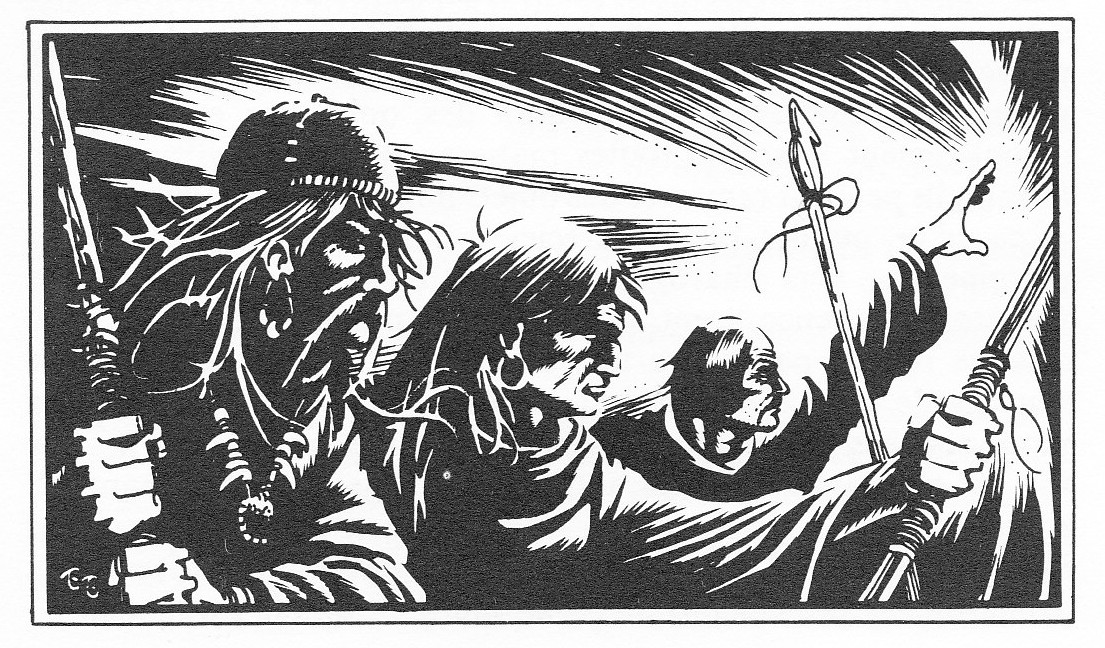 I never thought I might say this, but I have fallen in love with White Box D&D or more precisely with the retro-clones inspired by what people call D&D 0e. One reason why I am so enamored with the system is that it’s extremely easy to run and to play. The number of rules you need to know is absolutely minimal.

I also enjoy the fact that player skill is more important than character abilities. I know that a lot of roleplaying game fans utterly despise something like this, but I think it can be a great thing. It definitely helps players to get more immersed and more invested in the game. In more modern games you roll to spot a trap, you roll to disarm it etc.
In White Box games you have to describe to the GM how you are looking for said trap, how you want to disarm it. This often forces the players to think instead of just rolling the dice. The fact that the system is inherently deadly also helps to keep the players on their toes. In more modern games people tend to be way more reckless. Of course your mileage may vary.

I also like the fact that it’s extremely easy to make up new stuff on the spot, create house rules, add or change things without breaking the game. White Box allows you to be extremely creative while running the game. I usually improvise a lot in favor of preparing everything and this GMing style works great with rules-light games like White Box.

I also recently stumbled upon A Hero’s Journey which is pretty close to the kind of OSR game I wish I had written. It includes basically every class you could think of, uses damage reduction for armors, adds rules for magic weapons that grow with the players, and much more. White Box: Fantastic Medieval Adventure Game has the way cooler character sheet and is a fantastic White Box game in its own right, but A Hero’s Journey just hit the right buttons with me!

I also got White Star when it came out, but I haven’t given it a very close look back then. Now, with my new love for all things White Box, I definitely should give it another chance. I am first and foremost a Sci-Fi fan after all!